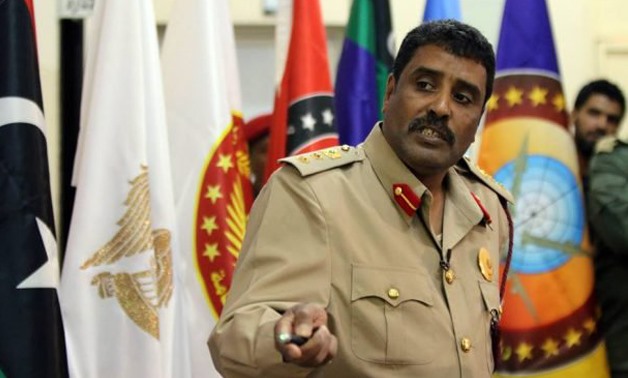 By: Egypt Today staff
Cairo – 20 October 2018: The Libyan army factions have agreed on Friday to name Khalifa Haftar as the main leader of the National Army’s General Command. Three leading councils were established within the army.

All of the councils’ structures, tasks and duties were discussed and agreed upon during the talks.

All of the factions which attended the meetings discussed new suggestions to control the armed groups within certain locations in Libya. No new suggestions were issued by the Egyptian party according to the statement.

In August, Mismari praised President Abdel Fatah al-Sisi for officially announcing support for the LNA, saying that such announcements are vital as Libya’s enemies deceive people and use media to mislead them.

In his interview with eXtra news TV Channel, Mismari said that the Egyptian president has always supported the LNA and that his statements came after he deeply studied the situation in Libya. He added that Sisi is a military person who knows how to analyze the strategic situation.