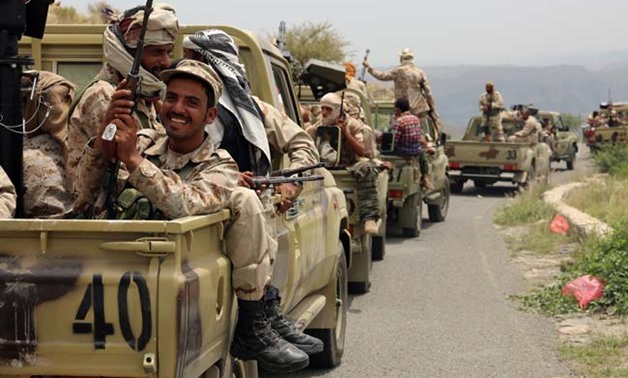 By: Egypt Today staff
CAIRO – 8 June 2018: The General Command of the Libyan National Army (LNA) announced Thursday that its military forces are moving steadily towards liberating the port city of Derna from Islamic militias, asserting that the Libyan troops have already controlled more than 75 per cent of the city.

“The LNA advanced towards the enemy's bases in Derna imposing harsh blockade on the terrorist groups,” Khalifa al-Obeidi, head of the LNA’s media office, said in a press release of which Egypt Today obtained a copy.

On Monday, LNA forces entered Derna from both the eastern and western coastal roads and took control of the Shiha and Bab Tobruk districts, advancing to within one kilometer of the port, one of the operation’s commanders, Salem al-Rafadi, told Reuters.

General Commander of LNA, Khalifa Haftar, stated Wednesday that Derna will be declared terrorism-free soon, calling on soldiers to purge the city from terrorism, while keeping in consideration the safety of civilians.

Haftar directed the army to take into consideration the safety of Derna’s residents and their properties, except for those who carry arms and fight against the Libyan people.

In a press release on Friday, the LNA also assured that families of the terrorist will not be punished for their sons’ crimes.