By: Khaled Mohamed
CAIRO – 26 November 2017: Egypt Today interviewed Grand Mufti Shawky Allam and asked him about the recent Al-Rawdah incident which took the lives of 305 worshippers while injuring 128 others during Friday prayers.

Allam stated during the interview that the incident is simply a crime that aims “to sow fitnah (rift) amongst the Egyptian population.”

“To be sentenced to death, this is their punishment and their crucifixion,” Allam affirmed.

The entire transcript of the interview is included below.

Firstly, how do you perceive the Al-Rawdah terrorist attack?

First of all, I would like to give my condolences to all Egyptians for the martyrs of the homeland. This operation is a criminal act aimed at splitting the country. All religions reject such acts of incitement and unjustly killings. Those who have done this are a group of criminals

How can they call themselves Muslims and commit such deeds and kill citizens?

What is the justification behind this despicable terrorist operation?

There is no justification for what these criminals have done. They have not respected the houses of Allah Almighty. They have not taken into account humanity, which is a basic concept of religion. There is no justification for them and there is no excuse for anyone to kill oneself unjustly or even hurt anyone. These are not the values and principles of Islam that is a religion of tolerance. They lie to justify themselves.

How do you deal about these terrorists?

You must not be merciful or compassionate in dealing with these sick terrorists. These people deserve to be killed and crucified. These individuals are corrupt and retribution here is imperative to deter such people; retribution must also be resolute, decisive and strong.

From your perspective, what is the purpose Al-Rawdah operation and the targeting of worshippers?

The goal here is to destabilize the homeland; to try to discredit it. Humanity does not call for the killing and demolition but those with corrupt ideas wanted to strike a blow in the fabric of the nation. However, they will fail as these dark groups will never prevail over Egypt; that is simply because God is protecting it from all evil. Egypt will triumph sooner or later.

A Friday bomb and gun assault on Al-Rawdah mosque in north Sinai killed at least 305 people and injured 128 others.

Eyewitnesses further added that terrorists set fire in nearby cars and blocked the road in Al-Rawdah Village.

President Sisi, in a TV statement, strongly condemned the abhorrent terrori
* * Do you see that such terrorist operations have worked to unite all communities of society?

- They have already consolidated all communities of society because what has happened is against humanity and the most elementary principles of compassion, and against the values and principles Islam. Nevertheless, we have to stand together and confront such opportunists because deflecting them and their ideas is the responsibility of all

-The renewal of religious discourse is the responsibility of all, without exception. Religious institutions and all State institutions are doing all they can to renew the religious discourse and this is already happening. We are all partners in this country so it is the responsibility of everyone but, what we need right now is to eliminate these unscrupulous ones and inhumane criminals. Besides, these do not benefit from discussions or correcting their ideas as they will not go back on what they are doing.

* * What role does the Fatwa House play in this difficult time that the country is going through?

-The Fatwa house is making a big effort, also Al-Azhar Foundation by improving the ideas of the youth and working to clarify the true image of the religion of Islam. We are working to immunize young people from extremist ideas

* * If there are plans and axes to strengthen the image of Islam in the minds of young people to prevent their polarization from these extremist groups???

We are actually working on refining the ideas of the youth, simplifying the religious concepts and explaining a simplified picture of the religion of Islam. We are working on getting through its constructive ideas to youth and the prohibition of killing and bloodshed. We are also working to reach more young people everywhere and this is a confirmation that the Imam is constantly up to date to reach all ages and different sectors to protect society from extremists and destructive ideas.

* * Finally do you see that this incident could be repeated again?

-The state is able to deal vigorously with such extremist terrorist groups, anything may happen but the state has the upper hand in the fight against terrorism and the elimination of terrorism that does not differentiate between a Muslim and a Christian or a military officer. It does not differentiate between anyone but the fabric of the nation is able to deal with such conspiracies and will not be affected. It will become stronger and will triumph over terror. 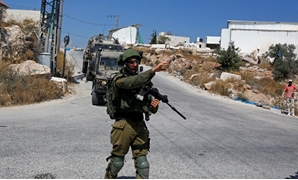