The Ahwazi Arab political activist Ahmed Mola was shot three times in the head and twice in the chest on Wednesday outside his home in The Hague, Netherlands.

The Dutch police has not disclosed any details about the assassination, according to the sources; adding that Dutch intelligence is carrying out secret investigations with Mola’s family.

The sources concluded that the strict security secrecy maintained by Dutch authorities indicate that they have confirmed the Iranian Embassy in Amsterdam’s involvement in the assassination.

Mola’s family said that he had received regular death threats from the regime, which routinely attempts to silence dissent both inside and outside Iran by killing dissidents or terrorizing them into silence.

Mola, 54, is survived by his wife and five children; he fled Iran with his family in 2005 fearing for his life and family’s well-being. His escape was on the heels of a peaceful uprising against the regime over its racist policies towards the Ahwazi Arab people.

Many of his fellow Ahwazi activists were killed or imprisoned and subsequently Executed on fabricated charges such as ‘enmity to God’ for participating in the uprising, according to The Iranian. Shoukri: Egypt’s keen on boosting cooperation with the Netherlands 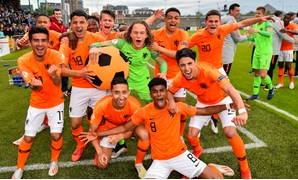 Netherlands retain their U-17 European title Death sentence upheld against 3 over killing police officer in 2015 Arabs must unite in face of Iranian threat: Former amb. to UN