Garowe revealed that the Qatari regime hired 6,000 Somalis to confront the Qatari people, in addition to hiring Sudanese mercenaries in order to defend and protect Qatar’s Sheikh Tamim bin Hamad in Doha.

Opposition twitter account named Qatari Leaks published a document that “exposes Doha’s recruitment of 360 Sudanese to join the Qatari army via its embassy in Khartoum.”


According to the document published by Qatari Leaks account on Twitter, the Sudanese soldiers are required to submit their resume, education certificate and other documents in order to join the Qatari army.

The document said high-ranking officials at Villa Somalia, the country's Presidential Palace are facilitating the recruitment program which is currently underway in several Somali semi-autonomous regions.

In Mogadishu, at least ten people said to be employees working for the ministries of Somalia's federal government were dispatched to Qatar, becoming the first batch of cadets, according to sources to Qatari Leaks.

It is unclear whether the Somali federal government and federal member states are aware of the plan to recruit unemployed youths as they are 'being lured' by Qatari agents, Qatari Leaks added.

Another leaked document issued by the Embassy of Qatar in South Africa, bearing no. "wx/219/216/209-3" dated 8/6/2017, revealed that the head of Qatar's state security apparatus contracted South African mercenaries to carry out missions against the security of Saudi Arabia and the UAE. Although the document did not elaborate on the details of these tasks, it indicates the malicious intentions of Qatar’s regime.

A leaked document issued by the Embassy of Qatar in South Africa revealed that the head of Qatar's state security apparatus contracted with mercenaries.


The document details the plan to send two African mercenary units. The first consisted of 719 members headed by a retired officer from the Preventive Security Service in South Africa and planned to be sent to the Saudi Arabia by passing as pilgrims through 514 separate flights.

The second group of mercenaries was headed by a retired general intelligence officer in South Africa who were planning to infiltrate the UAE through 90 tourist resorts.

Egyptian parliamentarian Tarek al-Kholy told Egypt Today that that these documents reflected Doha’s confusion and fears and exposed how many mercenaries are among the Qatari army.


“Qatar envies the Egyptian army which embraces only Egyptian nationals, unlike the Qatari army which is composed of several nationalities,” Al-Kholy added.

On June 5, 2017 Egypt and Saudi, along with several Arab allies, cut diplomatic ties with Qatar in a move that sent shockwaves throughout the Middle East and beyond, including Somalia. 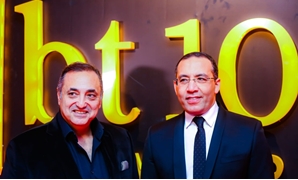