By: Nawal Sayed
CAIRO – 14 August 2017: The outlawed Muslim Brotherhood continues inciting violence on the fourth anniversary of Rabaa Adawiya sit-in dispersal. Brotherhood acting guide Mahmud Ezzat sent a letter on Saturday from his secret hiding place, probably inside Egypt according to media reports, urging violence and calling for escalation against the state.

Ezzat admitted in his letter that the Brotherhood is in “ordeal” and “pain,” and “at crossroads.”

“The Brotherhood members seek either good life or death that may anger enemies,” Ezzat added in his message.

He called on members to keep their “dream of empowering the Brotherhood,” and “Jihad.”

“Victory and sovereignty or death and joy,” Ezzat added in his message to the Brotherhood youth inciting them to resort to violence and empowerment.

“Ezzat drags the Brotherhood members into a dark tunnel as he openly calls for an escalation of violence and insistence on “alleged” legitimacy to Mohamed Morsi,” Abul Saad stressed.

Abul Saad pointed out to the differences in ideologies between Ezzat’s and Kamal’s wing. He indicated that Mahmud Ezzat’s wing believes in so-called ‘postponed violence,’ while Kamal’s is for ‘present violence.’

“Both wings believe in the necessity of violent acts. Ezzat’s message will be interpreted by the Brotherhood youth as a call for immediate violence,” Abul Saad added.

Gamal Menshawy, expert in Islamist movements’ affairs, told Egypt Today that the “post - Rabaa Adawiya sit-in dispersal’s escalation involved breaking into prisons and killing policemen,” adding that “as a result, hundreds of the Brotherhood members have faced trials and sentenced to many years in prison.” 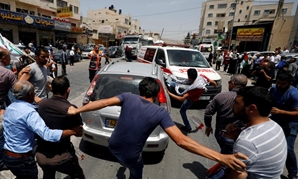