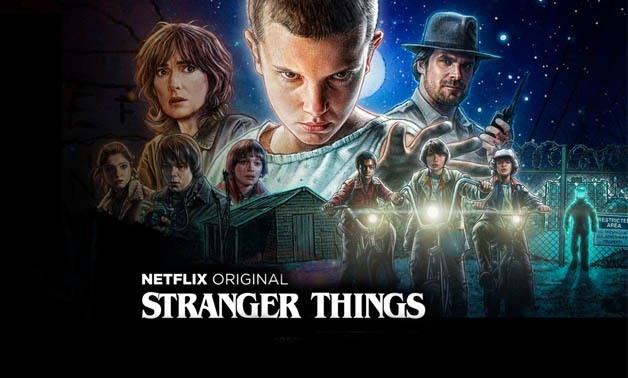 For many of us, finding a variety of award winning shows, films and documentaries in high definition without ads or dodgy links was a struggle to say the least; until Netflix flipped our TV watching habits overnight.

Netflix fulfilled every TV junkie’s dream and introduced a binge-watching culture to the entire world, becoming the leading internet-streaming service for home television audiences around the globe.

Through an affordable subscription, viewers have access to the biggest library of entertainment content and Netflix has also produced a few original productions that hit the jackpot with viewers all over the world, including shows like Orange Is the New Black, Narcos, House of Cards, The Crown and 13 Reasons Why. Now, Netflix has announced its commitment to bring its original content to the Middle East, especially in Egypt where it was introduced in 2016. Consumer PR of EMEA and Netflix spokesperson in the Middle East Leyla Guilany-Lyard speaks to Egypt Today about binge-watching trends in Egypt and the Middle East and Netflix’s plans for the region.

Is there a big binge-watching culture in the Middle East?

Yes, people in the Middle East have that culture. We believe that people in the region have different tastes in binge shows. This is because audiences in the Middle East really like entertainment, so they do not go for only one show genre. Many viewers in the region, for example, segued from Marvel’s The Defenders, which comes at the top, to Dead or Alive, which is a completely different genre.

Do you think Netflix could signal the rise of binge racing here in Egypt; particularly that Egyptian audiences already have an interest of following soap operas?

I think it is obvious that TV is a part of Egyptian culture. But binge racing is a recent phenomenon globally, not just in Egypt, because of what Netflix now offers; whether in Egypt or in other countries. Netflix does not dictate how and when people should watch the content as it gives them freedom of choosing their shows by proposing entire seasons of best shows available at once with easy access to the platform. So people could take in a whole season in one sitting in less than 24 hours, or just go for it whenever it suits them.

Generally, what are the characteristics of bingers?

When people subscribe to Netflix we just ask them to fill in their email address and the method of payment. The way the platform operates is that we care only about people’s interests in watching and about providing them the best platform and the best content, but we do not care about who they are in terms of gender or profession, and so on. So Netflix’s recommendations work differently from one person to another according to their preferences. Netflix will learn about their viewing habits as they watch more content, offering them customized genres that they would prefer.

Have you noticed different habits among international viewers?

Two months ago, we studied the genres people are watching at a certain time of their day in various regions. We observed that people globally watch the same type of shows at various moments. But, what was interesting is that these shows differ from what linear TV proposes as information. For example, people subscribing to Netflix like to watch comedy in the morning rather than informative shows. People choose to watch comedy in the morning as part of deciding what content they want to watch, when , and where, and as a result people globally enjoy watching comedies in the morning

Does the Middle East audience have specific concerns or interests?

There is something very specific to people in the Middle East that I love, that is that they enjoy standup comedies. That’s why we have recently announced that Netflix will have a first local production in the Middle East with Lebanese comedian Adel Karam performing his stand-up comedy.

Are there any plans to expand the available selection to users in the Middle East?

Despite the existence of Netflix in 190 countries, it was only accessed in 60 countries. Since our launch, we have made all content and all original shows available to these 190 countries at the same time. For an example, when Netflix launched the film Glow in June 2017 or Narcos season 3, they were screened in all markets. But, two or three shows such as House of Cards were not because their contracts were negotiated on before our launch in 2016, and we respect the and content licensing by geographic location.

Yes, our plan aims to focus on the Middle East by providing the widest range of content across every genre. For less than $10 per month, our platform offers original shows such as the upcoming films Bright or War Machine that people rush to watch in cinema or theater. Having original shows ranging from exclusive movies to local films, documentaries and comedies at affordable prices and with up to five users in a profile make people enjoy the Netflix service.

Credit card penetration remains relatively low in the Middle East, especially in Egypt; has that affected Netflix’s expansion in the region?

Are Not yet, we are happy to see more and more people from Egypt getting into the platform, but we are also willing to work with partners, which is part of our strategy globally, and to ease the access to the platform for everybody in the best way possible.

Viewers in the Middle East might find some of Netflix’s film content controversial, like that of Ashraf Marwan, an Egyptian agent during the 1973 war with Israel; how do you think such films could be perceived if aired in the
Middle East?

Our main target is to provide people the content they enjoy. So, regarding the Arabic content generated in markets, we depend on peoples’ interests. On November 27, we are coming to Egypt to see what Egyptians like most. I was telling you people in the Middle East love comedy, so our first original sign in the region is stand-up comedies. Consequently, controversial topics don’t go in parallel to our aims.