Moussa: The Debut of Egyptian Marvel 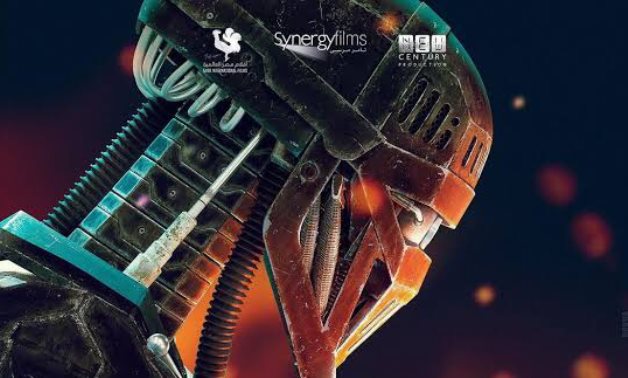 CAIRO - 11 October 2021: For Egyptian and Arab cinema, Mousa represents the dawn of a completely new era.

Written and directed by distinguished director Peter Mimi, the movie was released over the summer and is co-produced by Synergy Films (Tamer Mursi), New Century Productions, and Misr International Films.

The first robotics movie in the history of Arab cinema, Mousa took two years in the writing and preparation phase from October 2019, and is considered the highest-budget science fiction movie in Egyptian cinema.

Mimi is an nontraditional director who always chooses the hardest path to success and explores with his cast members areas away from their comfort zones, as was clear from his decision to cast Karim Mahmoud Abdel Aziz to play the role of Yehia.

Alongside Abdel Aziz, the film features a notable group of stars including as Eyad Nassar, Asmaa Aboulyazid, Sarah El-Shamy, Mohamed Gomaa and veteran Egyptian star Salah Abdallah as a guest of honor playing the role of Yehia’s father.

Mousa was released at a pivotal time when many countries in the Middle East are taking serious steps to invest in cinematic technologies so they can start competing internationally, taking on Hollywood and Bollywood.

The movie’s plot is simple: Yehia is a hesitant and shy mechanical engineering student who witnesses the murder of his father by a group of criminals but is too weak to stand up for his father and instead he hides then runs away.

He decides to avenge his father’s death by inventing Mousa, a robot who can challenge evil.

The movie script has some weak points, particularly when it comes to drawing the characters’ backgrounds, which are so vague that the robot itself has a more defined character than some of the film’s roles.

It wasn’t well explained in the script what turned Yehia into an introvert with almost no self-confidence, nor was it explained what drove Mariam (Sarah El-Shamy) to fall in love with Yehia.

The same problem can be seen in the character of Yehia’s friend Ricka (Asma Abulyazid) who supports him in everything, and is the driving force behind Yehia and Mousa’s plan for revenge.

Ricka’s character is not well drawn and it was not explained why this strong friendship arose between them or when it first began.

And despite the wonderful performance of the main antagonist portrayed by Eyad Nassar, his character as well as the film failed to thoroughly highlight his motives, the same as the reason that .

Weak characterization aside, the movie’s scenes are engaging, exciting and fast, and as usual Peter Mimi knows how to grab the audience’s attention from the first till the last scene.

Mimi reinvents Abdel Aziz through the role of Yehia, bringing out talents that even the young actor might not have realized he has.

The robot design was simple and primitive, which actually makes the plot more realistic because this is the first robot designed by Yehia.

Nassar adds another feather in his cap, shining from role to role and providing an effortless performance in this film. Nassar plays Dr. Faris, who detests Yehia only because he did what he failed to do.

Abulyazid is a fine actress in her own right, but Mimi didn’t use her talent to its maximum and she could have performed better.

Mousa is a part of a massive cinematic project adopted by Mimi titled “El-Mostadafon” (The Underdogs), where the first part of this project was “El Haram El-Rabe’e” (The Fourth Pyramid) starring Ahmed Hatem who appeared in a scene in Mousa as Yehia friend.

The Underdogs is a new cinematic series similar to Marvel and DC films, in which it is based on integrating separate characters in common worlds.

It is obvious that Mimi is taking the Egyptian industry to the next level creating his own Egyptian Marvel and the Underdogs will spawn more and more promising films in the future.