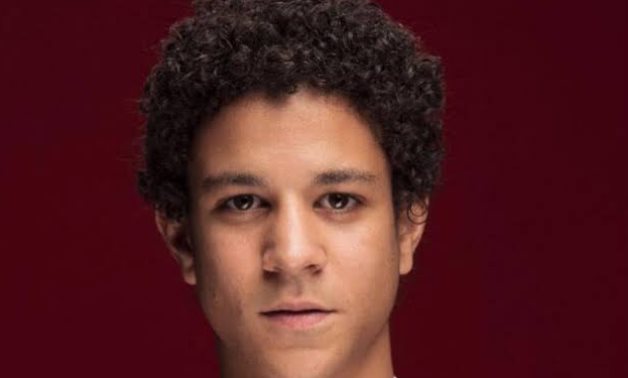 The rising star has carved a place for himself on the cinema scene with a moving performance in the hit action movie Casablanca.

Ahmed Dash on becoming an accomplished actor, juggling school and acting, and why he doesn’t like word “favorite.”

Ahmed Dash is an up-and-coming star who has managed to grab viewers’ attention since he was 13, with an acting talent that exceeded his age. As he’s matured, so have the strength of his performances, and today Dash has a number of acclaimed roles under his belt. Egypt Today chats with Dash about his recent role in the successful movie Casablanca, how he develops his performance and his passion for cinema.

You started your career at the age of 13 in the movie La Mo’akhaza (Excuse Me) as the main hero and you turned in a great performance. As a kid, how did you prepare for a leading role? Has early stardom gone to your head at all?

Acting coach Marwa Gebreil was the casting director of the movie; she taught me the principles of acting and got me prepared for that role. After famed director Amr Salama chose me for the role, Gebreil trained me for two weeks. I can’t judge whether it got to my head or not—usually people around you judge, but no one told me that I’ve become arrogant.

Some actors who appeared at a young age, like Fayrouz, Rania Atef and others, weren’t able to make audiences accept them when they grew up. Now you are about 19 years old, how did you manage to make people accept Ahmed Dash the grownup? What do you think of the perception that actors who appeared kids should stop appearing for a while between the “kid”and “youth” stages?

I didn’t plan to make people accept me; I just work hard on myself and always do my best to improve. I am trying to improve my work every day and explore myself more to be able to produce good work that audiences can accept.  I don’t think that actors who appeared as kids should stop between child and youth stages, because each age has its own vital issues that need to be discussed through cinema and drama, especially adolescence, because that’s the stage when our characters are formed. In the Middle East and Arab, countries we don’t tackle certain issues related to adolescence because we prefer to hide them, because we shy from discussing them. I see that this is totally wrong, and we should discuss them in more depth.

You are keen to diversify in your roles. Which genres do you prefer?

All of them. It depends on the role.

What criteria do you follow while choosing your roles?

I look at the script, the cast members like the director, the producer, the actors, the actresses and the scriptwriter.

What roles do you consider milestones in your career?

Of course my first role in La Mo’akhza is an important milestone in my career. The role of Fawaz in the TV series Tayea is another milestone.

Are you a good student? How do you balance between education and work? What comes first, acting or school?

I am a good student, I was an A student but now I am an A- or B+ student, but I’m still accomplished. I try to balance as much as I can, but frankly speaking sometimes I can’t. Acting comes first.

How do you develop your performance from one role to the other?

I am taking a workshop with the American acting coach Gerald James; it is beyond method acting. I’m doing it for three consecutive years, every year for two months. That’s how I think is the best way to develop my performance.

How did you prepare for the role of Zakaria role in Casablanca? Especially that now-famous scene between you and Amir Karara which reflected how mature your performance has become?

First of all I read the Casablanca script, then left it for one week, then read it again then left it five days, then read it again to familiarize myself with the details of Zakaria’s character. I started to imagine the sequence of the plot from my point of view, then I set the initial lines of Zakaria’s character that I would follow. After that I discussed with my acting coach James who was in Egypt at that time the details of the character. I drew the main features that identify Zakaria, then I sat with the director Peter Mimi preparing for the role. The next step was to prepare for the character’s style, his hair, his outfits and to gauge how much  Zakaria is influenced by the people around him. I started to write my comments on Zakaria daily in a notebook, in order not to miss any detail of the character.

[I am glad audiences feel] that my performance has matured. I don’t know if I have matured as an actor now or not, but everything I have achieved has been because I work on myself, listen to people’s feedback, people who I trust and I know give meaningful feedback, in addition to taking workshops.

Which of your roles do you feel audiences interacted with most?

I will keep Zakaria’s role off the list for now because it is still super new, then Fawaz in Tayea and Abdel Rahman in Sabea Gar (Seventh Neighbor). I think audiences lauded both roles.

You have a lovely friendship relation with your brothers and sister, tell us more about it and who you feel has influenced you the most in your career?

Myself (he laughs). The support system in my life is my family, my friends and my beloved ones. We are just close siblings.

Are you considering an international career?

I haven’t made any steps towards it, but I am considering it.

Where do you feel most fulfilled yourself more, in cinema or on TV?

I prefer cinema. In cinema, we are all working as a team to finish a project and we are not controlled by the need to deliver the movie in a certain time unlike a series we have to finish, unlike the case Ramadan series. We make the movie because we love what we are doing and enjoying it, the work circumstances of cinema are better for me as well.

As a millennial star, do you find millennials are luckier than the previous generations?

I think, yes, millennials are luckier because of the different means of social media like Instagram, Facebook and Twitter. Today whoever has more followers will be featured more, actors don’t have to appear on TV to gain fame; social media has become their own platform featuring all their news and upcoming projects. As long as a celebrity is posting photos on social media then he is in the spotlight, so this is an extra advantage.

Who are your favorite actor, actress, director and scriptwriter?

What are your hobbies?