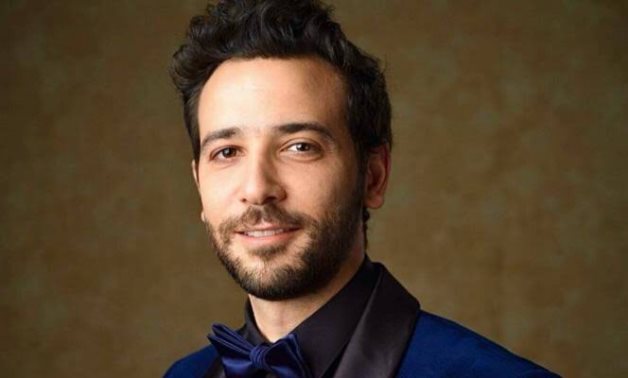 Making a strong comeback in the Awlad Rezk sequel, this actor’s measured steps have helped him break through onto the international drama and movie scenes.

Karim Kassem made a strong debut back in 2006 with his role in Awqat Faragh (Spare Time). But Kassem didn’t let his big success go to his head, choosing instead to master his steps, working hard on himself through trainings and workshops. His perseverance and hard work have enabled him to break through into the international drama and cinema scenes, landing the roles of Abu Akram in the British series The State in 2017, and Amit in The First Line in 2014.

You started big in Awqat Faragh 13 years ago. What has changed for you since then?

I’m always challenged to work on a new character and I still feel it’s a new and exciting endeavor every time I’m starting a new project. I have developed as an actor and as a human being and I’m more in control of the craft, which makes me feel more comfortable in what I do, but on the other hand there is this constant feeling  that there is a lot to learn and more to be done!

You’re the only Arab actor in the international movie Sawah. How did you land the part?

I did the casting in Cairo with director Adolf El Assal and we instantly clicked at the audition. I play the role of Samir who is trying to follow his dream to be an international DJ. He travels to Luxemburg to participate in an international competition and goes through many adventures throughout his journey. Sawah will be released soon in France and Belgium.

How do you see Arabs portrayed in international cinema now?

Unfortunately, until now there still the cliché roles of Arabs playing either the terrorist or the kebab guy. All the casting I get is very stereotyped; and it’s still going to need a lot of time to change and for writers to change their perspective and industry. Not only concerning Arabs, but all the other minorities.

I think this image has started to change with the successful examples of Mina Massoud and Rami Malek.

What criteria do you follow when choosing your roles? Do you care about being the main hero of the movie?

What’s important to me is to have a good role whether it is a protagonist or not, and being in a good story. What I care about is the story of the movie. Of course working with a great director and great writer is something I look forward to.

You support different activities and initiatives to protect the environment. Tell us more about that; and to what extent you see it is important for a celebrity to engage in social work.

I’m the ambassador of VeryNile. The campaign gathered people from different ages and backgrounds to clean the Nile from all kinds of plastic waste and I was very happy and proud to see people doing something about this big problem—a problem that I think about on a daily basis. I try to reduce my single-use consumption of plastic; and spreading this awareness is a first step against this problem but much more needs to be done. I hope to more actively work on campaigns like these and to spread this awareness especially among my younger fans, because we only have one planet and we are responsible for it.

You’ve worked in both local and international cinema. What’s the difference between them? What have you learned from each of them?

There are many common things, like the way you make a movie or a series is the same. But the one big difference is that in foreign projects, everything is very organized, the schedule is set by the minute. Time is money. Everyone knows when they’ll start the scene and end it. They calculate everything by the minute and not the hour. I think when I start producing, I should definitely use what I learned there.

What are your future projects?

My upcoming project is a sequel to Awqat Faragh, my favorite and my very first movie. The most interesting thing about the project is that I get to revisit my first character after 13 years, to see how he developed as a human being.

What roles do you consider milestones in your career?

Did you expect Welad Rezk II to be such a huge success? Why do you think it has been such a big box-office hit?

I expected it to be seen by a lot of people, but none of us in the project expected this huge success bringing in more than LE60 million in 10 days, which was a pleasant surprise.

I think it was a hit because a lot of people had watched the first movie and were anticipating the second movie, I think also the PR strategy and plan of the movie were great since day one from the rehearsals until the release. Of course the quality of the movie, whether the production or the number of the stars, in the movie [were also factors]. I think that is very important that a movie has a lot of different actors from different backgrounds and levels—it’s this kind of movie that makes a lot of money and The Blue Elephant is another good example. This is how the industry is changing.

Ramadan Rezk’s role in Part II is significantly bigger than Part I. How did you prepare for it?

We did many preparation sessions and rehearsals for the role with director Tarek El-Erian and the film stars, to work on the characters’ development, and to see how we can add to the character of Ramadan Rezk. We also worked on how it could be changed from the first installment of the film.

Who are your favorite actors/actresses and directors?

Starting with directors, Woody Allen, the Coen Brothers, Sam Esmail (creator of Mr. Robot). For actors, I dream of working with Denzel Washington, Edward Norton, Daniel Day-Lewis, Meryl Streep, Juliette Binoche and Nicole Kidman. In Egypt, I would like to work with directors Marwan Hamed, Amr Salma and Mohamed Diab, also I would like to work again with the star Karim Abd El-Aziz.