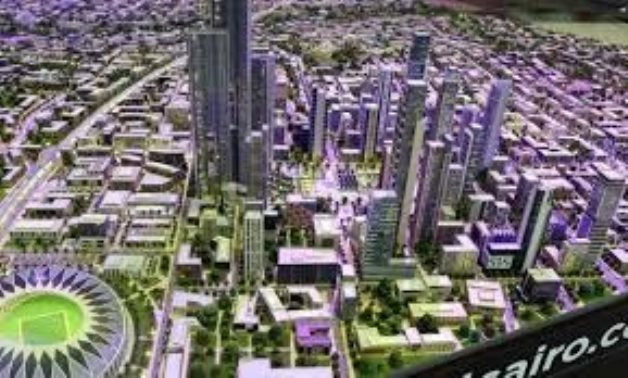 CAIRO – 18 March 2021: Given that the New Administrative Capital (NAC) is meant to be the heart of modernization in Egypt for it is a fourth generation city hosting several centers that will control facilities across the country, the city will be a hub of modern railway transportation embodied in the high-speed electric train and the monorail.

The project is worth €3 billion, and consists of two sections. One lies in Giza and the other is located in Cairo for it connects together the New Administrative Capital and 6th of October City.

The speed of the trains will be 80 kilometers per hour so as the duration of the trip between 6th of October City and the New Administrative Capital will be around 32 minutes.

The National Authority for Tunnels affirmed that the monorail section connecting 6th of October City with the rest of Giza governorate will be accomplished within two years instead of three.

Sources told Egypt Today that the project – whose capacity is 45,000 passengers - will start operation early in 2023, and that it will be operated and maintained by Bombardier Inc. for 15 years in return for a fixed annual payment.

The international company will solely offer recommendations on the ticket price but the final decision is in the hands of the Egyptian government represented by the Ministry of Transportation.

The Giza section of the monorail is executed by a consortium encompassing Arab Contractors and Bombardier Inc. The former accomplishes construction and civil works as well as the road-rail bridge, while the latter carries out signaling, communications, and control systems, and will supply the trains.

Bombardier Inc. is also part of a consortium with Orascom executing the Cairo section of the monorail.

The project consists of high-speed trains for passengers and cargo as well as an LRT. The total length of railroads to be extended within the project is 1,000 kilometers and the total cost is LE360 billion. The speed of the passenger trains will be 250 kilometer per hour.

The second phase will be between Alamin and Marsa Matrouh, capital of Matrouh governorate, for the line to encompass 20 stations in total.

Two other phases will be launched later. One is from Alexandria in the north to Aswan in the south, and the other is from Ain Sokhna on the Gulf of Suez to Hurghada on the Red Sea and then to Luxor.

With regard to the LRT, it extends over 90 kilometers between Salam City and the 10th of Ramadan City passing through the New Administrative Capital and consists of 16 stations.

Chairman of the National Authority for Tunnels Essam Wali stated in February that constructions of the LRT are over, and that the ongoing works include the finishing of stations and installing the railroads.

The official added that the introduction of the signaling system would begin in March given that the train will start operation in October. He pointed out that a Chinese company finished the manufacturing of the four trains to be operated on the line, and that they will be delivered in June.

The third phase consists of four stations that are the Administrative Capital Station I; the State Strategic Command Center Station; the Olympic Games City Station; and, the Exchange Station also reached by the High-speed Electric Train.