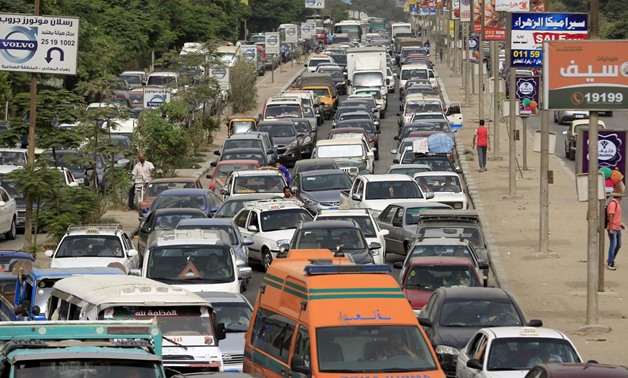 CAIRO – 18 February 2021: The Central Agency for Public Mobilization and Statistics (CAPMAS) released a study Wednesday indicating that Egypt ranks first among Arab countries in population size, and third on the African continent.

The study is based on a global ranking indicating that the North African Arab state ranks 14th globally in that regard for it has a population of over 100 million.

The study comes in light of President Abdel Fatah al-Sisi's statements made Tuesday while inaugurating a number of healthcare establishments on the risks of overpopulation.

“We won’t feel the impact of public spending [on national projects and infrastructure] unless annual population growth is cut to 400,000 [from 2.4 million],” the president stated.

"For the 100 million Egyptians to feel the impact of development programs accomplished, our annual GDP must be $100 trillion which is beyond our capacity," President Sisi added.

Since family planning is key to manage the crisis, Minister of Social Solidarity Nevine al-Qabaj stated that five million visits were made to 750,000 rural women to raise their awareness on family planning within “Two Are Enough” campaign.

In her speech before the president during the inauguration of a number of healthcare projects Tuesday, Minister of Planning and Economic Development Hala El-Said presented different scenarios pertinent to possible rates of population growth.

"The country is witnessing a rapid and steady increase in population growth rates, noting that the number of births in 2020 recorded 2.332 million at a rate of 194,000 births per month, 6480 births per day, and one birth every 13 seconds," El-Said explained.

She noted that despite the efforts of the state, the general trend of the demographic issue in Egypt is moving in the direction of decline and then rise.

She stressed that if the necessary demographic policies are not taken, another population boom is expected in the period between 2030 and 2042 having infants aged between 0 and 19.

The minister explained that if fertility rates continue at an average of 3.4 children per woman, the population will reach 130 million citizens in 2032. And, if the fertility rate is applied to the average scenario, 7 million births will not happen in 2032, and 37.6 million births in 2052.