Joe Biden assumes leadership of a U.S. after Trump years 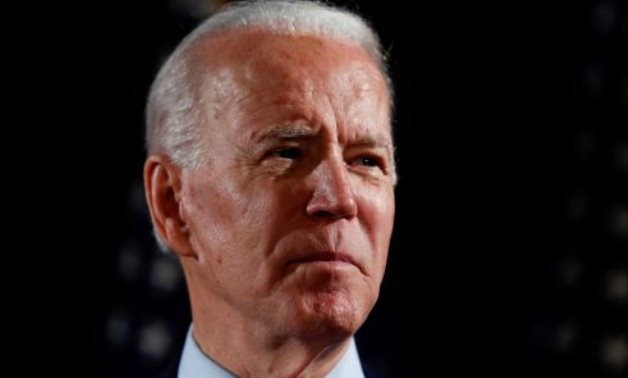 WASHINGTON (Reuters) - For Joe Biden, becoming president of the United States was the realization of a decades-long quest, with two previous failed bids. His goal now is, as he has put it, restoring “the soul of America” after four years of Donald Trump’s presidency.

Biden, who at age 78 is the oldest president to occupy the White House, first arrived in Washington as a young upstart. He was elected in 1972 at age 29 to the U.S. Senate from the state of Delaware and remained there for 36 years before serving from 2009 to 2017 as vice president under Trump’s predecessor Barack Obama, the first Black U.S. president.

On Wednesday, in becoming the 46th U.S. president, Biden took the helm of a nation with deep political divisions in the midst of a public health crisis that has battered the world’s largest economy.

“I sought this office to restore the soul of America, to rebuild the backbone of this nation - the middle class - and to make America respected around the world again. And to unite us here at home,” Biden said in his victory speech on Nov. 7 after being projected as the winner of a fiercely contested election.

“I’m a proud Democrat, but I will govern as an American president. I’ll work as hard for those who didn’t vote for me as those who did. Let this grim era of demonization in America begin to end here and now,” Biden added.

Trump refused to concede his election loss and falsely claimed that it was “rigged” against him with voting fraud and irregularities. Opinion polls show large numbers of Trump’s Republican supporters believe his unfounded claims, leaving Biden with the task of restoring faith among millions of voters in American democracy.

The Jan. 6 siege of the Capitol by a pro-Trump mob underscored the difficulty of Biden’s task. Trump still faces a Senate impeachment trial on charges of inciting them.

Biden, who became only the second Roman Catholic president, has brought to his political career a mix of blue-collar credentials, foreign policy experience and a compelling life story marked by family tragedy - the loss of his first wife and a daughter in a car crash, and a son to cancer. He unsuccessfully sought the Democratic presidential nomination in 1988 and 2008 before finally securing his party’s blessing in 2020 with strong support among Black voters.

Biden opted not to run for president in 2016, only to watch Trump defeat Democrat Hillary Clinton.

With Democrats in control of both chambers of Congress and the White House, Biden has a unique opportunity to make good on his ambitious agenda that includes reversing innumerable Trump policies, tackling the COVID-19 pandemic and rescuing the economy.

TOP OF THE AGENDA

The pandemic will be at the top of Biden’s agenda, with his administration tasked with ensuring an orderly distribution of millions of vaccine doses and persuading weary Americans to adhere to precautions such as social-distancing and mask-wearing.

Biden during the campaign accused Trump of surrendering in the face of the pandemic, saying the president panicked and tried to wish away the pathogen rather than doing the hard work needed to get it under control, leaving the economy in shambles and millions of people jobless.

An effort by Trump to dig up dirt on Biden resulted in the first of two impeachments of Trump in the Democratic-controlled U.S. House of Representatives. The House in December 2019 approved two articles of impeachment - abuse of power and obstruction of Congress - that stemmed from Trump’s request that Ukraine investigate Biden and his son Hunter on unsubstantiated corruption allegations.

In February 2020, the Senate, controlled by Trump’s fellow Republicans, acquitted him of the charges after refusing to call any witnesses.

Biden’s previous two presidential runs did not go well. He dropped out of the 1988 race after allegations that he had plagiarized some speech lines from British Labour Party leader Neil Kinnock. In 2008, Biden won little support and withdrew, only to be selected later as Obama’s running mate.

Biden has spoken openly about his family’s tragedies including the 1972 car crash that killed his first wife, Neilia, and their 13-month-old daughter, Naomi, weeks after his election to the Senate. He nearly abandoned his political career to care for his two young sons who survived the accident but stayed on, commuting by train from Delaware to Washington to avoid uprooting them.

In 2015, his son Joseph “Beau” Biden III, an Iraq war veteran who had served as Delaware’s attorney general, died from brain cancer at age 46. Biden’s son Hunter struggled with drug issues as an adult. Biden himself had a health scare in 1988 when he suffered two brain aneurysms.

Biden’s wife since 1977, new first lady Jill Biden, is a lifelong educator who teaches at a community college in northern Virginia.

Biden was born in the blue-collar city of Scranton, Pennsylvania, the eldest of four siblings. His family later moved to Delaware. He overcame stuttering as a boy by reciting passages of poetry to a mirror.

Despite years of partisan hostilities in Washington, Biden has said he remains a believer in bipartisanship. During his time in the Senate, he was known for his close working relationships with some of his Republican colleagues. Biden also has advocated for America’s role as a leader on the world stage after Trump abandoned international agreements and alienated longtime foreign allies.