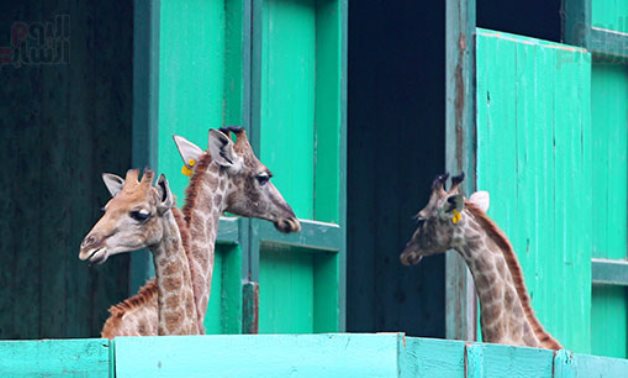 CAIRO – 31 December 2020: A newly imported giraffe from South Africa died inside its house Thursday at Giza Zoo, sources said, adding that an autopsy by veterinarians will be performed on the dead giraffe “Zizo” to reveal the cause of the death.

The sources explained that the male was young, and was unable to adapt to the new environment he was imported to, and until last night, Wednesday, he was in good condition, “but his condition suddenly deteriorated, and he died in the early morning, after he was in a state of severe fatigue.”

Although the Giza Zoo announced this morning the naming of the three new giraffes coming from South Africa, with the names “Farah, Sheki and Zizou,” the death of the male came disappointing and a disaster to the zoo, because there are 3 female giraffes without one male. This means that the problem still exists and the zoo needs to import another male giraffe to maintain breeding inside the giraffe house.

The new giraffes came from a nature reserve in South Africa, where they lived in an open forest with trees and wild animals.

Giza zoo has lost a number of giraffes that died over the past period. The zoo resorted to import new giraffes, which attract huge number of visitors. Ahead of their arrival, the zoo has allocated a new house equipped especially for the new giraffes.

Dr. Mohamed Rajaei, head of the Central Department of Zoos said in TV statements Tuesday that Egypt did not bear financial cost of the importing of the new giraffes, although transporting these animals costs a lot. However, South Africa bore the transportation expenses in accordance with the international standards of transporting wild animals.

He further added that the Giza Zoo will soon receive new elephants, ensuring that the zoo's revenues are sufficient to cover the animals' needs and veterinary care.

He also explained that the new giraffes, aged 2 years old each, will be given names closer to their names in South Africa.

The news about the new giraffes attracted many posts by Egyptian social media users who celebrated the import of the animals.