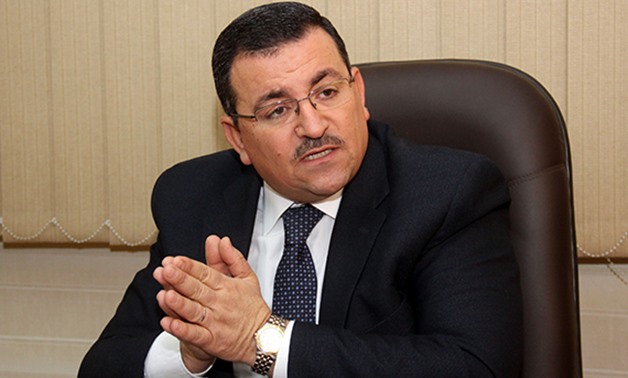 CAIRO – 11 December 2020: Egyptian Minister of State for Information Osama Heikal said Egypt is the first African country to obtain the Chinese Sinopharm’s coronavirus vaccine, thanks to good ties with China and the clinical trials Egypt has conducted.

Heikal said Egypt is the second country to receive the Chinese vaccine after the UAE and could receive its first batch before the European Union, noting that it reflects the Egyptian government’s success in dealing with the coronavirus crisis since it has started.

The Egyptian Health Ministry on Thursday night said the first batch of the Chinese vaccine arrived at the Cairo International Airport, coming from the UAE.

Health Minister Hala Zayed said Egypt will receive the vaccine batches in succession and will provide the doses for citizens free of charge, based on the directives of the president.

Sinopharm’s vaccine, according to UAE and Egypt, has an 86 percent efficacy against coronavirus. It has been involved in clinical trials in Egypt over the past few months. Minister Zayed was one of the volunteers.

Her remarks come as she, along with Chinese Ambassador to Egypt Liao Liqiang and acting Emirati Ambassador to Egypt Mariam Al-Kaabi, supervised the arrival of the first batch of the Chinese vaccine at the Cairo International Airport, coming from the UAE.

Zayed said the Chinese vaccine has secured an emergency approval of the World Health Organization, adding that Egypt has signed a deal with the Global Alliance for Vaccines and Immunization to secure the provision of further vaccine doses.

The priority in distributing the vaccine will be given to the medical staff in isolation hospitals, as well as chest and fevers hospitals, she said.

The vaccine is injected in the upper arm. It consists of two shots, 21 days apart.

He said China suffered from a critical phase as a result of the coronavirus, noting that Sisi has sent a message of solidarity to his Chinese counterpart and Zayed paid a visit to China with medical and preventive supplies.

The ambassador asserted that the arrival of the Sinopharm vaccine to Cairo is the best evidence on the strength of such friendly ties between the two countries.

The Health Ministry reported in a Thursday statement that 445 new coronavirus cases were detected, upping the total number of confirmed cases to 120,147.

Spokesman for the Health Ministry Khaled Megahed said 22 patients have died from the virus over the past 24 hours, raising the death toll to 6,854.

As many as 207 patients were discharged from isolation hospitals after receiving necessary medical care, taking the number of recovered cases to 104,281 so far, the spokesman said.