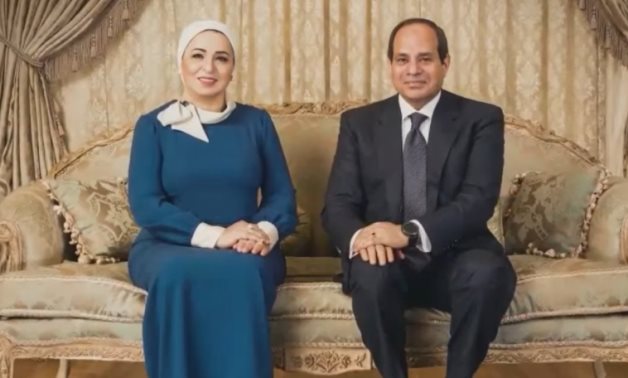 CAIRO – 26 November 2020: As Egypt’s First Lady Entissar Amer was the guest of famous actor and TV presenter Issad Younis on DMC Thursday, she spoke about her life journey with President Abdel Fattah El Sisi, including how they became together and how they together have carried out their new responsibilities.

Recalling the day he proposed to her, Amer said Sisi visited her grandmother, who is his aunt, while he was still a student at the military academy and she was a student at the High School.

Amer said she then studied at the Faculty of Commerce at the Cairo-based Ain Shams University.

She said he has been serious since day one. “The beginning was serious that it makes you feel he is a responsible man,” Amer states, adding that he urged her to take care of her lessons.

“He will become an officer and will be responsible. He will not be available at home and wanted the woman who he choses to be able to take the responsibility that he will go along with him through his life,” Amer said. President Sisi (third from right) during earlier stages of life

“He taught me how to cook”

Amer said, when she married the president, she did not know how to cook and that he taught her. “He stood with me and helped me with the utmost patience and compassion … He has been compassionate towards all his family [members]”.

“We succeeded as one family, and our life's wish was that we always stay together”.

No time for honeymoon

The couple could not have time to spend a honeymoon, Amer revealed, adding that Sisi always gave priority to his work.

“We married on Thursday and he went to work on Sunday … He loves his work very much”. “I thank God for him and that his only concern is his country. He loves it very much and loves its people … when we tell him that people are happy with the [national] accomplishments, he says I have not done anything yet”.

Amer praised the president’s care for women during his term, saying she feels proud that eight ministerial portfolios are led by women, representing 24 percent of the Cabinet’s ministries, and that women won 90 seats in the House of Representatives.

There are nearly 48.5 million women in Egypt, representing 48.5 percent of the population. They are mothers, sisters, daughters and grandmothers, Amer added. 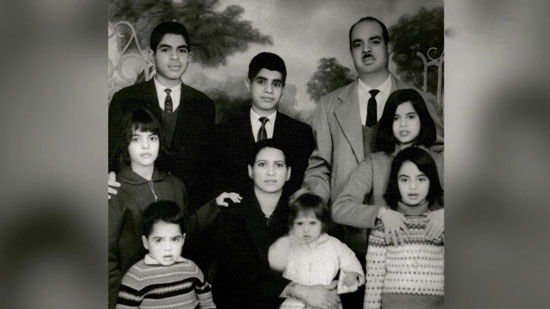