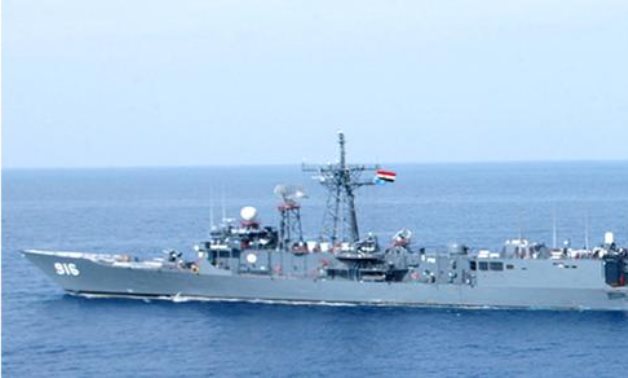 Egypt's Taba frigate carrying out joint drills with a French frigate in the Mediterranean in November 2020. Press Photo

CAIRO – 3 November 2020: The Egyptian and French naval forces carried out drills by frigates Taba and Jean Bart in the Mediterranean this week.

The drills consisted of different sailing formations; evaluation of surface, air, and submarine threats and various scenarios to deal with them; counterattacking strikes launched by Egyptian F-16 aircraft.

Egyptian and Spanish naval forces on Thursday conducted a joint naval exercise in the Red Sea at Berenice Military Base in the Southern Fleet's zone.

The naval training comes as part of the General Command of the Armed Forces' plan to raise the combat readiness of the naval forces and exchange military expertise with the armed forces of brotherly and friendly countries.