CAIRO - 11 October 2020: Cairenes are enthusiastically waiting for the development of the Cairo Citadel Aqueduct as 60 apartment blocks are being built behind it in place of slums and tanneries.
The area behind the aqueduct, which was built in 1311, makes up 90 feddans that were previously occupied by tanneries and hazardous slums that took much of the historical scenery of Islamic Cairo. All the workshops and tanneries have been transferred to Rubeiki Leather City on Ismailia-Cairo Desert Road, and more than 1,500 families have been granted housing units in Asmarat and Badr cities. A sketch of the area behind the aqueduct
Consultant to the project, Mohamed al-Khatib, told Egypt Today on Saturday that the apartment blocks will be sold at an "investment price" to cover the cost of the project. They will begin on Salah Salem Road until the aqueduct with gradual hights of 6 floors andfinally three floors as they get closer to the aqueduct so they do not climb over the old structure.
Khatib said the buildings will have an architectural design that suits the area. 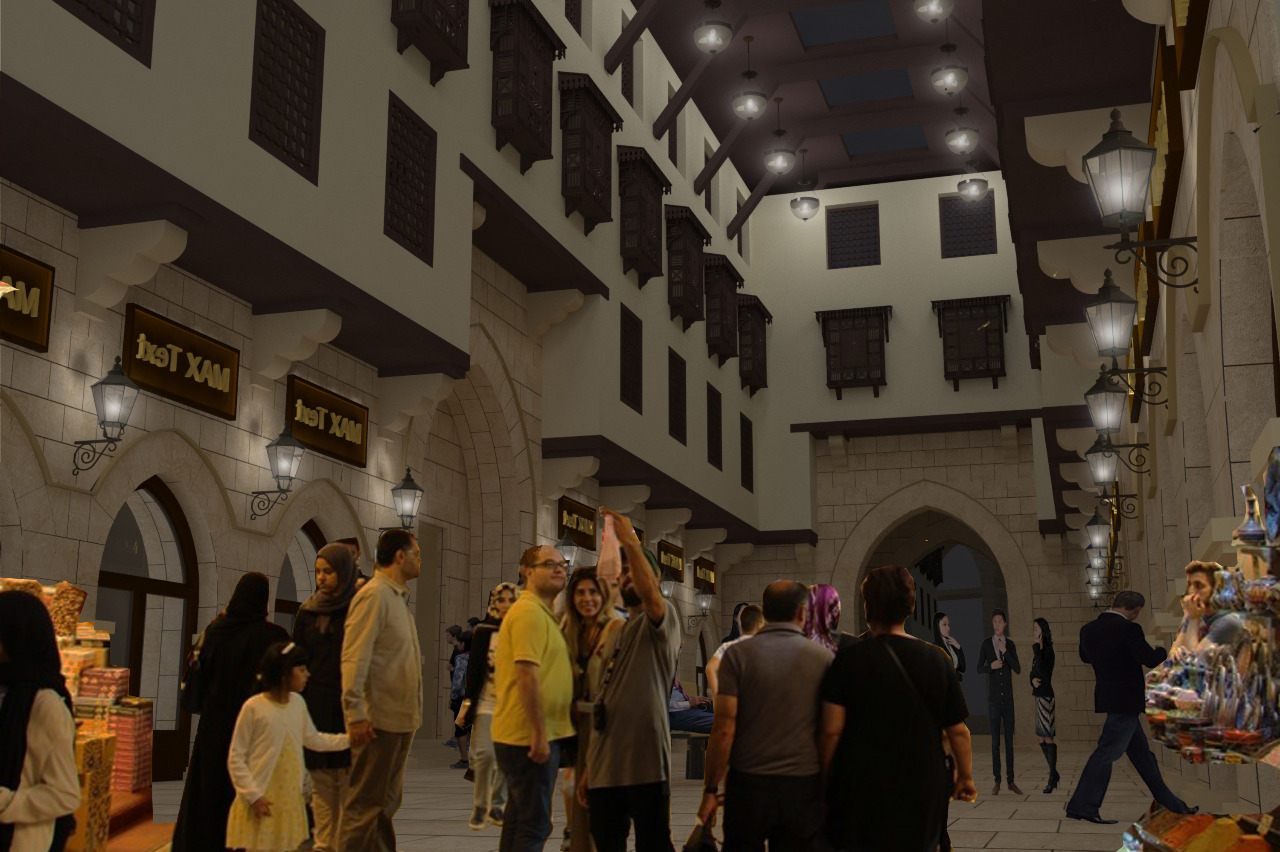 A sketch of the area behind the aqueduct (2)
The poject includes establishing a huge business center, theaters, art exhibitions, entertainment vnues, and creating open green spaces, emphasizing that any structure will match the historical design of the place to also turn the area into a tourist attraction.

A sketch of the area behind the aqueduct (3)
The Ministry of Tourism is also involved in the project, set to be concluded in 2021, to restore the Mamluk-era aqueduct and the surrounding area.
The aqueduct was established to carry water to Cairo Citadel during the reign of Sultan Al-Nasir Salah Al-Din Al-Ayyubi, the founder of the Ayyubid State in Egypt (from 1169 AD until 1193).
It was built in Misr al-Qadima area to transport- through a water channel- water lifted from one of the wells near the Citadel, which was the seat of government in the era of the Ayyubid State, and to deliver water from the Nile to the Citadel through streams; then a group of huge wells was formed.
Al-Nasir Muhammad ibn Qalawun set up the aqueduct of Fum al-Khaleej to deliver the water of the Nile to the Citadel of the Mountain. It still remains to date.
For when he wanted to supply the castle with more water, he ordered a well to be dug on the coast of the Nile, and he set up arches on top of the ancient arches (the wall of Salah al-Din), where there is another stream of water from two wells: the well of Sur Salah al-Din, and the well of Qanater.
This was around the year 1312 AD, but he passed before completing this work. This stream was repaired in the year 812 AH - 1408 with the mediation of Emir Yalbugha al-Salmi. Then Sultan Al-Ghawri rebuilt it in the year 911 AH -1505. During the Ottoman era, Abdi Pasha repaired some of its parts in the year 1140 AH - 1728.
When the French campaign came, its men blocked most of the arches and used it as a defense fence. Overtime, it was neglected and people started building near the north and south of the well, until it began to be repaired prior to the revolution, as its men realized the importance of constructing a road between the Citadel and Qasr al-Aini Street.
The project was implemented in a few months, after all the dilapidated buildings blocking the road had been removed.
Nothing remains of the ancient arches that Salah al-Din partially built except for a few remains at the beginning of the course from the side of the castle facing the Mosque of Sayyida Aisha.
The wall of Cairo’s Citadel Aqueduct is distinguished by its area that reached 3500 meters and its distinctive architectural Islamic style that uses "sculpted" stone to build the wall that starts from Fumm Al-Khaleej to the area of Sayyida Aisha. The wall also consists of a tower called the Al- Makhath Tower that contains six wells. This tower is divided into several contracts responsible for carrying the water canal.
Additional reporting by Mustafa Marie