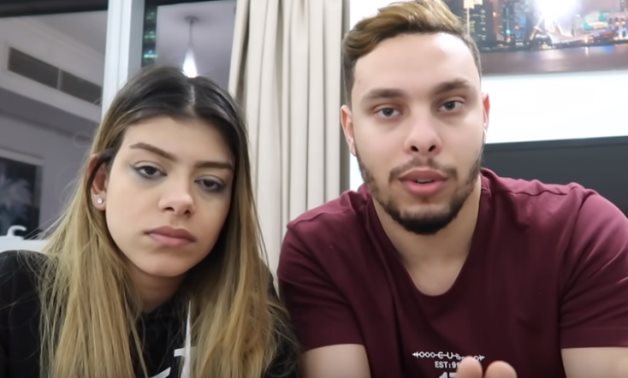 YouTubers Ahmed Hassan and Zeinab – Screenshot of one of their videos

CAIRO – 18 September 2020: The Egyptian Public Prosecutor on Friday ordered the release of YouTubers Ahmed Hassan and Zeinab, a married couple earlier arrested for exploiting and harming their toddler girl, on LE 40,000 bail.

Hassan and his wife Zainab were arrested at their residence in a Cairo compound after they posted a video on their Youtube channel of 5.9 million subscribers, where Zainab painted her face black and went to her one-year old baby. The baby girl cried and pictures of her frightened face circulated on social media with severe criticism to her parents, who were laughing during the video they called "we pranked our daughter."

Hundreds of videos have been posted in their channels, most are pranks, and every video usually has over 2 million views. Every now and then, social media users criticize them for "exploiting" their daughter since her birth to gain more subscribers and reports against them are filed to the prosecution.

They previously posted several videos claiming they will no longer post vlogs due to the criticism, gaining millions of views. But they resumed posting videos everytime, saying the "quitting" was a prank or because they were depressed at the time.