CAIRO – 27 August 2020: After launching several water megaprojects to mitigate water shortage amid the disagreement with Sudan and Ethiopia over the Grand Ethiopian Renaissance dam and fear of its effects on the water inflow to the downstream countries, the Egyptian government headed to benefit from the country’s non-renewable water resources.

Recently, the Ministry of Irrigation and Water Resources signed a deal with the Center of Studies and Designs for Water Projects (C.W.P.), affiliated to the Faculty of Engineering, Cairo University, to study the storage of Egypt’s underground water to be used in a sustainable way.

The new deal comes as part of the second phase of a national project to benefit from the underground water, aiming at developing a long-term plan to manage and control withdrawal from aquifers in order to achieve sustainability, according to a statement from Cairo University on Wednesday.

“One of the most important features of phase 2 of the study is conducting tests to determine the hydrogeological characteristics of aquifers nationwide, so that the simulation models can be updated and their results checked,” said Hossam Abdel Fattah, the dean of Faculty of Engineering and the head of the center.

"In addition, the second phase includes the identification of places where people could safely and sustainably withdraw water," the statement added. The deal includes training engineers of the Ministry of Water Resources and Irrigations on pumping tests of the underground wells and analyzing their results.

To achieve sustainability in dealing with non-renewable water sources, the Egyptian government used the solar power system in underground wells. Solar power panels were installed to a total of 100 wells as of July 2019, according to a statement from the ministry. As of 2017, the number of underground wells in Egypt reached 70,000, Al-Ahram newspaper reported.

Solar power is one of the best mechanisms to get water, as Egypt ranked as the Arab country receiving the most sun hours per year, according to a study by the Environment and Climate change Research Institute (ECCRI) in April 2012.

Egypt has five renewable and non-renewable aquifers (Moghra, the Carbonate aquifer, Nubian Sandstone aquifer, Toshka aquifer, and an aquifer in Tor Sinai). The Nubian Sandstone Aquifer (NSA) is the largest aquifer in the world with about 2.2 million square meters and is shared between Egypt, Libya, Sudan, and Chad. In 2013, the four countries signed a deal on managing and running the aquifer to benefit from it in the Vienna-based International Atomic Energy Agency (IAEA) 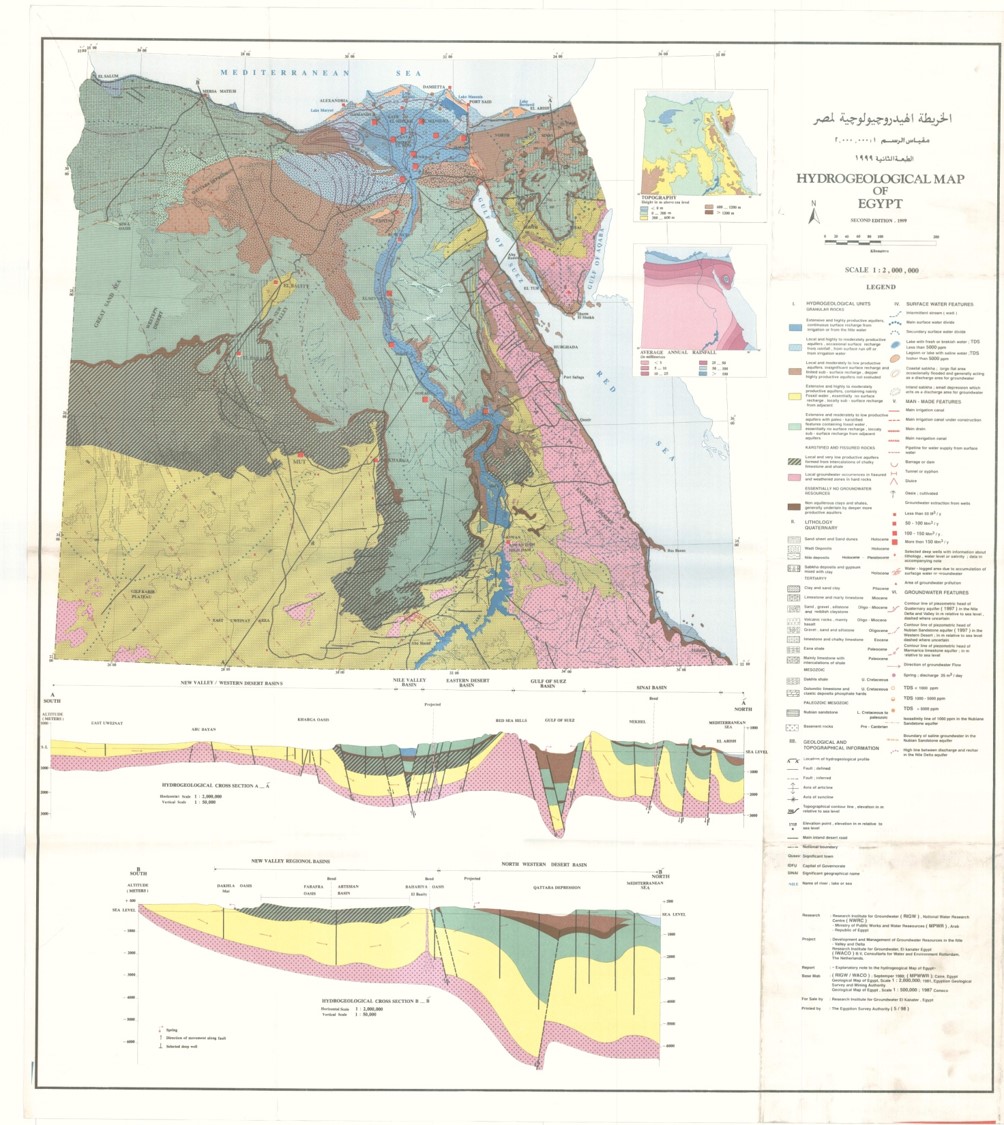 "The lifespan of the well dug in NSA is between 260 and 300 years," Sameh Sakr, former head of Ground Water Sector of the Ministry of Water Resources and Irrigation previously told Egypt Today.

Nubian Sandstone aquifer saw a decline in its level, due to the Libyan man-made river that was constructed during late Libyan leader Muammar al-Gaddafi.

“A general decrease occurred in water levels in places such as the Siwa Oasis,” he said, noting that creating urban societies in places of the project will lead to a decrease in the water level of the aquifer that took thousands of years to be replenished.

The difference between Egypt, Sudan, and Ethiopia dates back to May 2011 when Ethiopia started building the dam; Egypt voiced concern over its water share [55.5 billion cubic meters]. Three years later, a series of tripartite talks between the two countries along with Sudan began, while Ethiopia continued the dam construction.

In 2015, the three countries signed the Declaration of Principles, per which the downstream countries [Egypt and Sudan] should not be negatively affected by the construction of the dam. Since then, the talks have been resumed, but In October 2019, Addis Ababa was blamed for hindering a final agreement concerning a technical problem. Activating Article No. 10 of the Declaration of Principles, which stipulates that if the three countries could not find a solution to these differences, they have to ask for mediation, was a must.

Recently, the three countries settled down the differences over filling the dam in stages; and a mechanism for dealing with droughts, prolonged droughts, and years of water scarcity during the process of filling the dam; according to a US-drafted deal that was unilaterally signed by Egypt in Washington in January 2020.

The current dispute is a legal one, as Egypt and Sudan insist that Ethiopia should abide by a legal binding agreement concerning the operation of the dam.