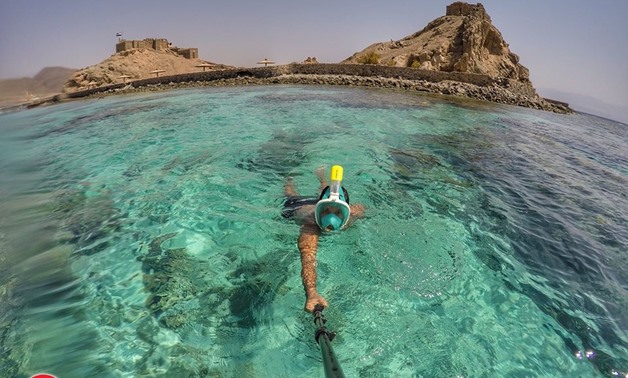 CAIRO – 13 July 2020: Egypt has received 48 flights from different countries with hundred of tourists on board, since resuming the aviation movement at the beginning of July.

She added that during the past thirteen days those tourists enjoyed the picturesque nature of Egypt’s coastal cities, with its sunny weather, view and ideal healthy nature.

On July 9, Egypt’s Ministry of Tourism announced that tourists returned back home after spending wonderful trips to South Sinai and Red Sea Governorates without a single Case of infection along the duration of their stay in Egypt.

It was added that Ukrainian, Belarusian, and Swiss tourists who came to the South Sinai and Red Sea Governorates have begun to return to their home countries after spending a warm and sunny week on Egypt’s beautiful beaches.

Tourists praised the preventive measures, hygiene safety regulations that were put in place in Sharm al-Sheikh’s and Hurghada’s hotels, and which did not in any way negatively affect the enjoyment of their stay or keep them from these cities’ beautiful sites. They also commended everyone for the regulations that Egypt sent to other countries through diplomatic missions, major tour operators, and renowned tourism companies.

According to Tamer Makram, the President of the South Sinai Investors’ Association, none of the members of the tour groups that have begun to return home or of those that are still in Egypt, enjoying their stay, have fallen ill.

During his visit to Sharm al-Sheikh last week, the Minister of Tourism and Antiquities was keen to visit a number of hotels and to meet with beachgoing tourists in order to check how well preventive measures and hygiene and safety regulations such as social distancing were being followed.

Tourists ensured the Minister that they were having a wonderful time in Sharm al-Sheikh, and that Egypt’s warm weather and open spaces, in combination with the measures put in place by the Ministry, together engendered the ideal atmosphere of hygiene. They added that, upon their return to their home countries, they would tell their friends, families and colleagues about how well hotels followed the health and safety regulations put forth by Egypt, and that they would definitely recommend going on a touristic trip to Egypt.