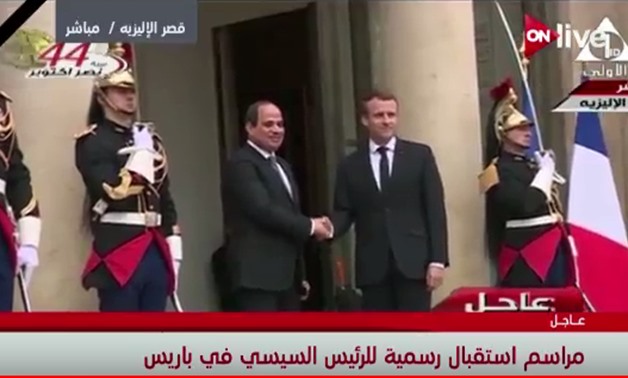 According to statement issued by Presidential Spokesman Bassam Rady, Macron welcomed the initiative, noting the importance of reaching a political solution compatible with the relevant United Nations resolutions and international efforts.

The two presidents also discussed several issues concerning boosting relations between both countries especially in the military and security ties.

A lot of countries have praised the Cairo declaration on Libya announced by President Sisi on June 6, to push for a ceasefire in the war-torn country.

Also, during a phone call, Monday with Sisi, Putin praised the Cairo Declaration as well as its timing and framework, which presents an integrated and constructive proposal to settle the crisis, and establishes Egypt's role as a basic pillar of security and stability in the Middle East.

On June 10, President Abdel Fatah al-Sisi received a phone call from American Counterpart, Donald Trump, in which he welcomed the Egyptian efforts aiming at achieving political stability for the Libyan crises and to end the violent acts along with meeting the Libyans’ wishes and demands to live in peace and stability, Rady stated.