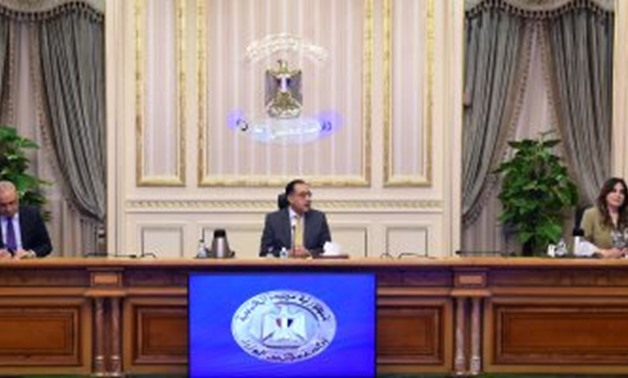 CAIRO 28 May 2020: The Egyptian government, chaired by Prime Minister Mustafa Madbouli, shortened the hours of the night-time curfew to start from 8:00 pm to 6:00 am for 15 days, in terms of the government’s new decision to cope with and mitigate the effects of the new coronavirus (COVID-19) pandemic.

In a cabinet meeting attended by Minister of Health Hala Zayed and Minister of Higher Education Khaled Abdel Ghaffar, and other ministers, Madbouli announced that the new decision of the COVID-19 curfew will come into effect on Saturday.

The government also agreed to appoint academic teachers and teaching assistants in university hospitals, recommending them to fully deal with hospitals of the Ministry of Health, according to the cabinet’s decision.

The government also updated the Sehat Misr app via adding a list of hospitals nationwide as patients can connect to the nearest hospital.

Madbouli also directed the government to offer a sufficient supply of personal protective equipment [PPE] in all hospitals.

On April 23, 2020, Prime Minister Mustafa Madbouli announced that the night-time curfew hours were shortened to start from 9:00 pm to 6:00 am during the holy month of Ramadan. However, it expanded during Eid al-Fitr celebration as it started from 5:00 pm to 6:00 am.

Madbouli added that the commercial centers are allowed to open over the whole week until 5:00 pm.

The Prime Minister announced that the state and the Egyptians have to cope with COVID-19 impacts via precautionary measures as the disease could exist for a long time.

On May 27, 2020, a total of 910 people have tested positive for coronavirus in Egypt over the last 24 hours, the Health Ministry said in its daily briefing on Wednesday, bringing the total number of cases to 19,666.

The ministry also reported 19 deaths due to the novel virus, upping the total number to 816.

Also, the test results of 5,798 people turned from positive to negative, the ministry said, including 5,205 people who totally recovered. It added that 178 patients left hospitals.