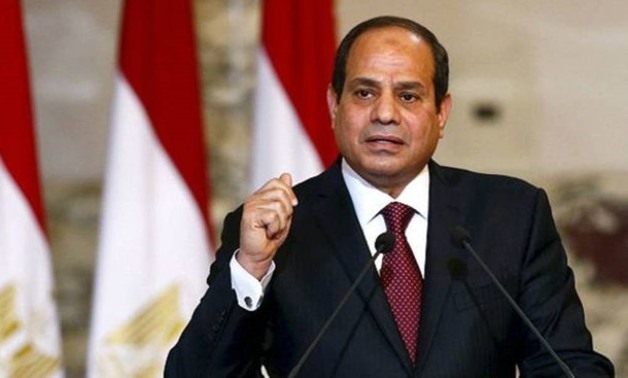 CAIRO – 4 May 2020: Egyptian President Abdel Fattah El-Sisi on Monday highlighted the need for international cooperation and solidarity to immediately respond to the coronavirus crisis, as he participated via video conferencing in the Non-Aligned Movement Summit.

The summit is held to foster the global response the coronavirus pandemic, the Egyptian Presidency said in a statement, with the participation of many world leaders and the World Health Organization.

President Sisi, during the summit, called for providing the required medical and preventive supplies and enhancing scientific research to develop a treatment and a vaccine for the deadly virus. He also called for supporting the economies of developing countries and curbing the impact of the crisis on food security.

During the summit, the member states are set to coordinate their efforts to curb the spread of the novel virus and to discuss ways to deal with the virus from the health, economic and social aspects, the Egyptian Presidential spokesman, Bassam Radi noted earlier.

The NAM is the second largest grouping of states, consisting of developing countries that are not officially part of other blocs. It is concerned with ensuring sovereignty, national independence, and security of its member states.

CAIRO - 29 April 2020: Egypt's President Abdel Fattah El-Sisi on Wednesday highlighted the need for the continuous communication between African countries to coordinate joint efforts to face the novel coronavirus (COVID-19), as he addressed a number of African heads of state via video conferencing, the Egyptian Presidency said.

Worldwide, coronavirus has caused the death of around 250,044 people, according to Worldometers, while the total number of cases stands at around 3,603,414 at the moment.

In Egypt, Ahmed Al-Sobky, assistant minister of health, on Monday said there is so far 348 new coronavirus cases. If the figures are approved by the ministry’s daily report, which is usually issued around 7 p.m, it would be one of the highest daily counts in the northeastern African country.

In a meeting with the health committee of the Egyptian House of Representatives (Parliament), Sobki said the total number of coronavirus cases and deaths reached 6,813 and 436 respectively.

The number of cases whose results turned from positive to negative is 2,139, Sobki said, including 1,632 people who totally recovered.