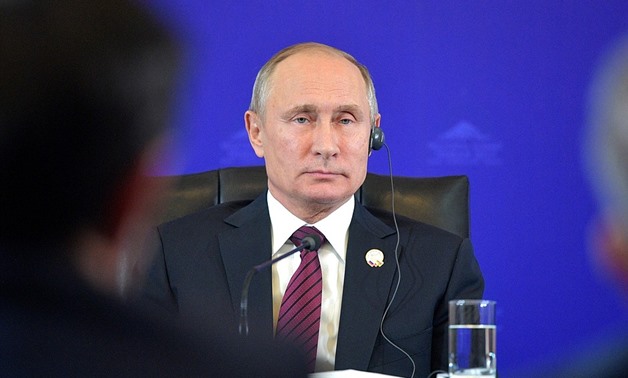 A presidential decree by President Putin also declared Borisenko as Russia’s envoy to the League of Arab States in Cairo.

Borisenko succeeds Sergei Kirpichenko who had been the ambassador since 2011, until he died in Cairo at the age of 68, according to a sudden announcement by the Russian Foreign Ministry in September last year.

"Ambassador Extraordinary and Plenipotentiary Sergei Kirpichenko, a talented and steady friend, died suddenly this morning in a hospital", a statement issued by the ministry, quoted by Sputnik, read.

The Foreign Ministry source did not reveal the cause of the ambassador's sudden death.

The new ambassador, Borisenko, 52, graduated in 1990 from Moscow State Institute of International Relations and had served at Russia’s North American Department for more than five years.

CAIRO - 17 October 2018: President Abdel Fatah al-Sisi told press he reviewed with his Russian counterpart Vladimir Putin the resumption of direct flights from Russia to Sharm El Sheikh, Hurghada, and others as well as the updates of mega joint projects, mainly the Dabaa Nuclear Power Plant and the Russian Economic Zone in SCzone.