Opinion: Message to the people of Ethiopia 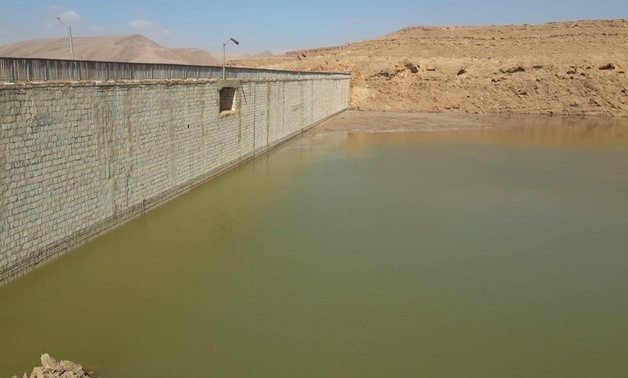 Recently, the media of Ethiopia Is continuously publishing articles and news full of falsified accuses and claims against Egypt to justify the irresponsible and aggressive acts of their government regarding the standstill negotiations around the GERD.

Moreover, most of the published materials are disrespectfully insulting the Egyptian government and the people of Egypt.Among the common misconception that has spread in the Ethiopian media is the claim that Egypt has been calling for activating the historical colonial agreements of 1929 and 1959 throughout the negotiations around the GERD. The 1929 agreement was between Egypt, Sudan and countries of the Equatorial plateau; namely Uganda, Kenya and Tanzania,regarding the Nile waters upstream Ethiopia; which does not flow through the Ethiopian lands or territories. It is worth mentioning that, through this agreement, Uganda had built Owen's Fall andBujagali dams in addition to other two dams are being constructed.

The 1959 agreement was mainly between the two independent countries of Egypt and Sudan to benefit from the water that isused to be lost in the Mediterranean Sea. On the other hand, Ethiopia never mention the 1902 agreement with Egypt and Sudan, which was signed by the great king Menelik II, of the independent kingdom of Ethiopia and was later ratified by the Ethiopian parliament. According to this agreement, Ethiopia should not build any water structures along the Blue Nile and the SobatRiver without prior approval of both Egypt and Sudan. With that being said, Egypt has actually never brought up activation of any of these agreements in the ongoing negotiations. The only demand that Egypt had was applying the international water rulesapplicable for construction of a mega damsuch as the GERD, on an International River;namely the two principals of prior notification and no significant harm. Both principals unfortunately, are being disrespected by the Ethiopian representatives throughout The GERD negotiation.

Another falsified claim that has been widely spread in the Ethiopian media is that Egypt wastes a lot of Nile water due to its low irrigation water use efficiency, disregarding the tremendous scientific international and local studies which showed that the overall efficiency of the Egyptian water system exceeds 80 percent ; which is the highest in both Africa and the Middle East. This high water use efficiency is due to the fact that Egyptian farmers reuse water multiple times to meet the demand.As a result, the final drainage waters discharged into the Mediterranean Sea, are highly loaded with chemical and biological loads with salinity of more than 20 thousands ppm.Water Reuse andrecycling are essential practices for Egypt to overcome the water shortage problems, where the total annual Nile River water supply reaching Egypt at Aswan is only 55.5 Billion cubic meters, while the total annual water uses exceed 80 Billion cubic meters.

The Ethiopian media is even claiming that Egypt possesses a huge reserve of ground water in the Western desert (the Nubian sandstone aquifer which is shared between 4 countries namely Egypt, Sudan, Libya, and Chad), and recommends to use this water as a replace of the Nile waters. There are several American, Russian and local studies found that the Nubian ground water aquifer is non-renewable and can be utilized over one hundred years if used at an annual rate of three to five billion cubic meters annually.

Moreover, it is a deep reservoir at depths ranging between 800 and 1200 meters, whichmakedrilling and pumping costs relatively expensive.This shared aquifer is also located hundreds of kilometers away from the Delta and the Nile Valley, where most of the Egyptian population resides. Regardless of all these issues, and due water shortage, Egypt is currently using about five billion cubic meters annually from this shared aquifer in close cooperation with the other three countries through the established joint commission including the four countries. On the other hand, it may worth mentioning that Ethiopia has several renewable groundwater aquifers that can be used up to forty billions of cubic meters, annually.

In fact, water scarcity in Egypt is a screaming reality that the Egyptian government is facing with great difficulties.The government had to construct megaseawater desalination plants to provide drinking water for coastal areas. The government had to terminate several mega projects for land reclamations due to irrigation water shortage such as thoseinToshqa, Sinai, Hammam Canal and its extension and in Komombo in upper Egypt in spite of spending billions of dollars in their infrastructures. Moreover,as a result of water shortage,the food gap in Egypt has exceeded ten billion dollars annually, while Ethiopia is exporting crops, chattels making billions of dollars annually.

The Ethiopian media is spreading a rumor that Egypt is threatening to destroy the GERD with airplanes, this media intentionally, neglects the fact that since 2013 a new regime has been ruling Egypt and the new leadership has actually signed the agreement on declaration of principles with Ethiopia and Sudan agreeing to start a new relationship full of trust and peace. On the other hand the Ethiopian Prime Minister had announced war against Egypt in the Ethiopian parliament and Egypt did not respond or act on that threat.

The Ethiopian media has been claiming that the GERD has no negative impacts whatsoever on the downstream countries Egypt and Sudan. Moreover, itis claiming that the GERD will help Egypt in droughts by passing more water flows than it usually gets during normal years. In contrary, the official negotiation team of Ethiopia refused this option, insisting that droughts should be bared equally by the three counties.This in spite of the fact that the GERD will diminish the role of the High Aswan Dam (HAD) in saving Egypt from droughts, and production of electricity. During filling the GERD capacity (74) Billion cubic meters,plus the evaporation losses from its surface and percolation losses during the filling years may add up to a 90 billion cubic meters of water. This amount will be deducted from the Blue Nile flow to Egypt and Sudan, which in turn will be compensated from the live storage of the High Aswan dam( the capacity is 90 billion cubic meters). In other words, filling the GERD means simply emptying the HAD and hence diminishing its benefits to Egypt.

The question that remains unresolved; will we continue spreading rumors and falsified claims or start calling for real cooperation to resolve the Nile water conflict and minimize impacts on the downstream countries?