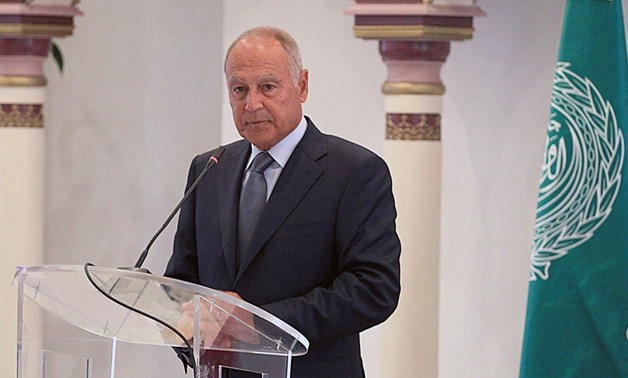 CAIRO, April 6 (MENA) - Arab League Secretary General Ahmed Abul Gheit sent a letter to Director-General of the International Committee of the Red Cross Robert Mardini on danger facing Palestinian prisoners in Israeli jails because of the spread of the novel coronavirus in Israel.

The AL's General Secretariat in a statement on Monday said that the conditions of nearly 5,000 Palestinian prisoners in Israeli prisons are "serious" in light of the spread of the coronavirus pandemic in Israel.

A large number of the Palestinian prisoners, including elderly, sick and those with low immunity, are the most vulnerable people to the COVID-19, he underlined.

In his letter, Abul Gheit expressed regret that Israel had taken a decision to release some criminal prisoners from its citizens, while excluding Palestinian prisoners. This violates international law and the Fourth Geneva Convention, to which Israel is a signatory, Abul Gheit made it clear.

As per the convention, an occupying power is prohibited from imposing "collective punishment" on an occupied population and is responsible for their health care.