What should you do if you have coronavirus symptoms? 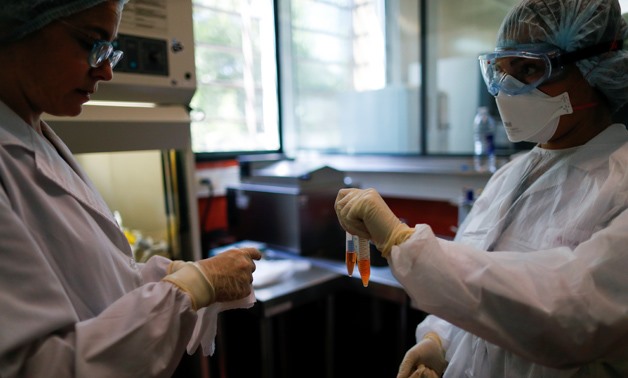 CAIRO – 4 March 2020: The outbreak of Coronavirus (Covid-19) has dominated global attention over the past months, with breaking news frequently popping up on new cases diagnosed with the virus, and the growing death toll as the virus expands to spread across different countries.

There are reasons behind the terror overwhelmed on coronavirus news, the most important one is that the initial symptoms are pretty close to that of the normal flu, where patients have fever, cough and shortness of breath.

In Egypt, no citizens have been diagnosed with the virus thus far; however, two foreigners tested positive to the disease. The regional office of the World Health Organization has announced in a statement determining hospitals designated to receive suspected and confirmed cases.

In the statement, WHO assured that Egypt’s national plan to combat Coronavirus (Covid-19) relies on sending any suspected case directly to the closes fever hospital, which takes necessary measures.

The office stated that the hospital assigned to undergo medical tests and receive patients in Cairo is Abbasiya Fever Hospital. In case the suspected cases need assistance to be transferred to the hospital, they can call the ambulance hotline number (123), which will help transfer them to the hospital.

“The Ambulance Authority is the entity responsible for transferring the confirmed cases from fever hospitals to El-Negela Hospital, which is the only hospital currently designated to deal with confirmed cases,” said WHO’s regional office.

Ministry of Health allocated a hotline (105) to respond to all inquiries by individuals and provide information related to Coronavirus.

Minister of Health Hala Zayed announced that a total of 1,832 suspected cases have undergone medical tests in Egypt since last January and until Tuesday, where all tested negative to the virus except for two foreigners who were announced to be infected.

The first case is a foreigner who carried the virus and received medical treatment and he undergone PCR test under the supervision of the ministry and the World Health Organization several times after he spent 14 days inside the quarantine, where the results were all negative.

While the second case was for a Canadian who was working in a petroleum company, and was transferred to El-Negela Hospital in the Mediterranean city of Marsa Matrouh. The case is stable, and those whom he contacted were subjected to medical tests, all of which they tested negative to.

The Egyptian Ministry of Health also announced that it is in contact with France and Canada after the two countries confirmed cases with coronavirus disease 2019 (COVID-19) coming from Egypt.

David Williams, medical officer of health in Ontario, said on Friday that eight cases, including a man coming from Egypt, were tested positive for the virus in Toronto’s Ontario, CBC reported. Consequently, the cases reported in Canada rose to 16 people so far.