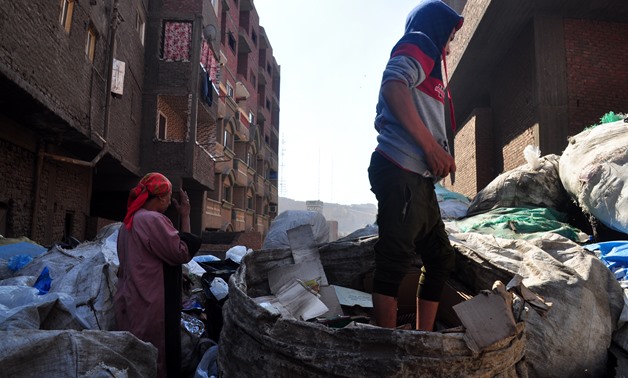 CAIRO - 7 February 2020: Egyptian Ministry of Environment announced that it will start applying the government’s plan of closing the unsafe landfills in Cairo and Giza and changing them into facilities of public services.

Minister of Environment Yasmine Fouad and governor of Cairo and Giza Khaled AbdelAal and Ahmed Rashad, along with a number of representatives from some concerned bodies tackled the latest procedures taken to implement the plan. Fouad said that this plan comes in light of the deal signed with the Minister of Local Development in 2019 to replace the landfills with public service places

The meeting also reviewed the environmental situations of six landfills of al-Salam, Qattamyia, Wafaa and Alamal, al-Tob al Ramly, Shabramant, and Abu Zabal in Cairo and Giza, the ministry added in the statement. The officials also discussed the ministry’s plan to choose two places in Al-Korimat [Southern Cairo] and in the 6th of October city [Giza] to be the only landfills for two governorates.

However, head of the Garbage Collectors’ Syndicate Shehata Meqadis told Egypt Today on Friday that new two landfills are so far for the collectors and will be costly for them as well, noting that the minister did not go back to them concerning this plan.

“These will be so far and influence the cleaning process. We remove 16,000 tons of garbage a day from Cairo with the capacity of one million collectors. We recycle 8,000 tons of solid waste; 6,000 tons of organic waste which is used as fodder to pigs, and 2,000 tons of non-recyclable waste that are thrown in near landfills such as sites in 15 May city and Shak El Thoban [an area famous for marble industry], Southern Cairo,” he said.

Meqadis clarified that the ministry in the past was cooperating with the collectors regarding the system, but currently there is an approach of marginalization, calling for offering facilities to the collectors to help make the country more clear via providing large garbage compactor trucks for every area of garbage collectors.

The head of garbage collectors also asked to apply the study of environmental issues and how to get rid of garbage and waste safely at the schools for the children.

Late January 2020, Minister of Local Development Mahmoud Sharawy confirmed in the Parliament’s plenary session that the ministry allocated LE 12 billion [more than US$ 761 million] to implement a new garbage system. He asserted that the ministry eliminated more than 26 landfills nationwide.

At the session of “Ask the President” on the sideline of 7th edition of Youth National Conference In July 2019, President Abdel Fattah al-Sisi announced that Egypt produces 26 million tons of garbage annually, and needs LE 10 billion to remove it. He added that only Cairo needs LE 2 million to take out the garbage.