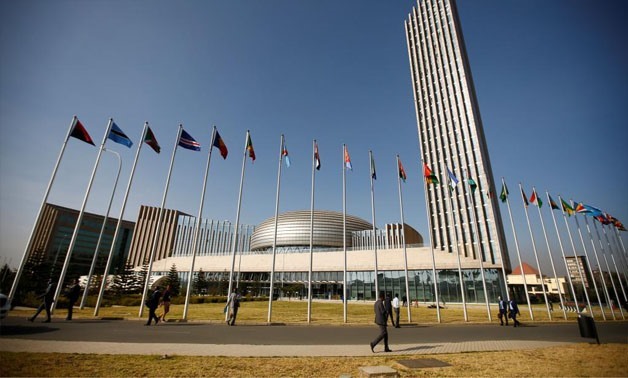 CAIRO - 6 February 2020: The 36th session of the Executive Council of the African Union kicked off in Addis Ababa on Thursday under Foreign Minister Sameh Shoukry.

On Twitter, Foreign Ministry Spokesman Ahmed Hafez said the Egyptian top diplomat will preside over the two-day meeting and deliver a speech at the opening session.

The council meeting at the level of the foreign ministers will be followed by the 33rd summit of the heads of state on Sunday and Monday.

The Executive Council meeting will tackle key issues dealing with AU activities as well as the file of refugees, returnees and the internally displaced.

Shoukry is due to hold talks with his African counterparts on the sidelines of the meetings to discuss issues of mutual concern.