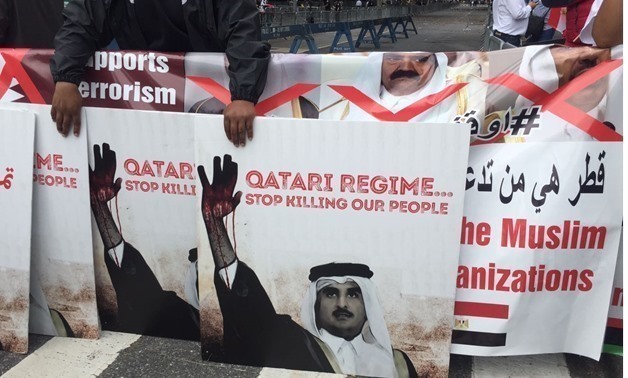 CAIRO – 29 January 2020: Sources in the Qatari opposition claimed that the leaked comments attributed to Qatari Prime Minister Abdullah bin Nasser bin Khalifa Al-Thani, in which he criticized the Turkish presence in his country, were the reason behind his resignation.

Qatari sources, who refused to say their names, explained to Egypt Today that the prime minister was ousted after his leaked comments reached the ruling family. In the leaked comments, Nasser said he fears that this country becomes colonized by [Turkish] forces, which may refuse to leave the land in the future.

The Qatari opposition confirmed that the leak sparked outrage within the Qatari ruling family, “which has been protected by Turkish forces in Doha since 2018,” according to the sources.

Qatar’s Emir Tamim bin Hamad accepted Nasser’s resignation, adding that Sheikh Khalid bin Khalifa bin Abdulaziz Al-Thani was appointed as the new prime minister.
The sources further claimed that the new appointments at the Qatari cabinet were pushed by reports that referred to an imminent coup set to overthrow Tamim.
Since 2017, Turkey has reinforced its presence in Doha, and supported Qatar after its rift with the Gulf.