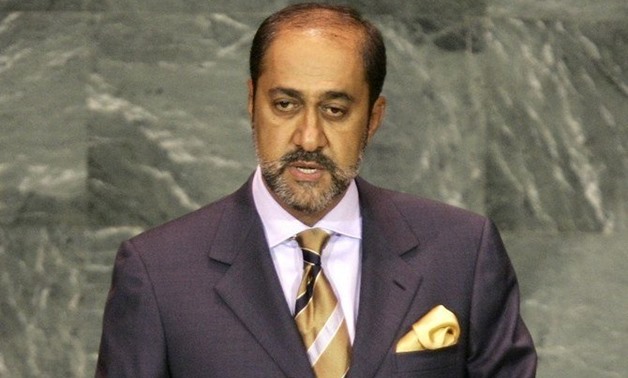 Tariq Al-Said was the minister of heritage and national culture, and the cousin of Sultan Qaboos. He graduated from Oxford University in 1979 after studying the Foreign Service Programme. (File/AFP)

MUSCAT - 11 January 2020: Sultan Haitham bin Tariq al Said took the oath before the Council of Oman this morning as the new Sultan of Oman, according to state media.

Sultan Haitham Bin Tariq Al Said was chosen by Sultan Qaboos to succeed him, as the family opened his will this morning as per the established protocol in Oman, Gulf News reported.

The inauguration ceremony took place at Al Bustan palace on Saturday morning before the funeral of the late Sultan Qaboos.

The Council of Oman held an emergency session on Saturday morning at its headquarters in Al Bustan.

Haitham Bin Tareq Al Saeed was the minister of heritage and national culture, and the cousin of the late Sultan Qaboos.