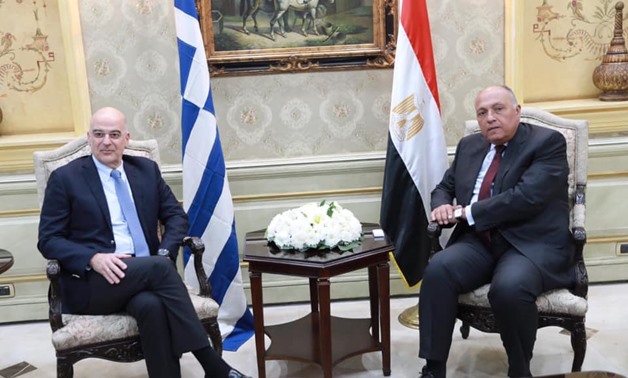 Greek Foreign Minister Nikos Dendias made a short visit to Cairo coming from Libya, during which he met Shoukry - Courtesy of the Egyptian Foreign Ministry

CAIRO – 23 December 2019: Egyptian Foreign Minister Sameh Shoukry on Sunday held talks with foreign ministers of Greece and Italy around the escalation in Libya, after Turkey and Tripoli’s government signed a controversial maritime agreement that has ratcheted international rejection.

Greek Foreign Minister Nikos Dendias made a short visit to Cairo coming from Libya, during which he met Shoukry. The two sides affirmed the need to reach a comprehensive settlement to the Libyan crisis, with the aim of restoring security and stability in the war-torn country, through the consolidation of international efforts.

Shoukry also made a telephone call with Italian Foreign Minister Luigi Di Maio, where they affirmed the need to preserve the stability in the countries of the Mediterranean Basin. 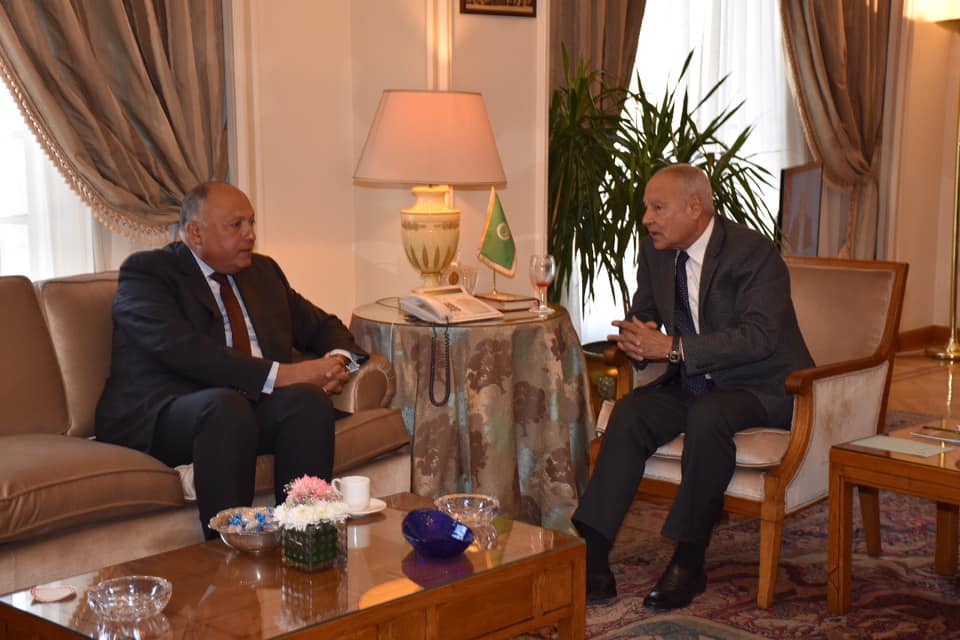 Separately, Shoukry met with Secretary General of the Arab League Ahmed Aboul Gheit, where they discussed the regional situation. During the meeting, Shoukry stressed the significance of the Arab League’s role to tackle challenges in the Arab region, including the crisis in Libya.

They discussed ways to achieve the aspiration of the Libyan people concerning the recovery of security and stability in the Arab country.

Egypt has earlier condemned the signing of the two memoranda of understanding on security and maritime jurisdictions between Ankara and the so-called Government of National Accord led by Fayez al-Sarraj, which the Libyan parliament no more recognizes.

“Egypt affirms that such memoranda possess no legal effect, as they cannot be recognized in light of the fact that Article 8 of the Skhirat Political Agreement on Libya, widely accepted by Libyans, defines the competences conferred to the Council of Ministers, expressly stipulating that the Council of Ministers as an entity – and not the president of the council alone – has the power to conclude international agreements,” Hafez said in a separate statement.

The MoUs have no implications on the rights of the riparian states of the Mediterranean Sea, and do not affect the maritime boundary delimitation system in the Eastern Mediterranean region,” Hafez continued.