Trump says he can see France breaking off from NATO 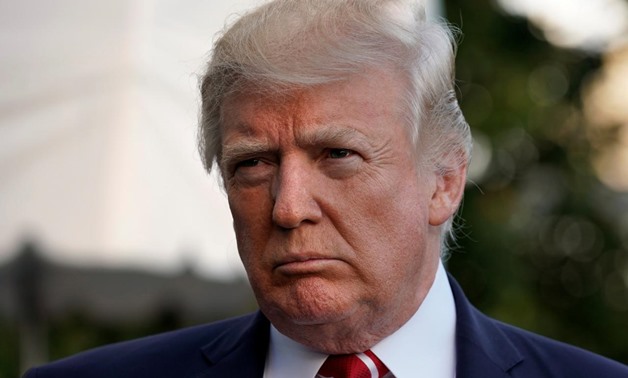 U.S. President Donald Trump talks to the media on South Lawn of the White House in Washington before his departure to Greensboro, North Carolina, U.S., October 7, 2017. REUTERS/Yuri Gripas

LONDON (Reuters) - U.S. President Donald Trump said on Tuesday he could see France breaking off from NATO which he described as a surprise because he believes it needs more protection than anybody else.

“I do see France breaking off,” Trump told reporters during a meeting with the head of NATO in London.

“I’m looking at him (French President Emmanuel Macron) and I’m saying that he needs protection more than anybody and I see him breaking off. So I’m a little surprised at that.”