Heavy destruction was reported in targeted areas and nearby property, the agency added.

Israel says the attack came after rockets were fired from Gaza into southern Israel causing some destruction but no injuries.

Sporadic fighting has been reported over the past two days despite a ceasefire observed on Thursday after three days of Israeli airstrikes on Gaza that left 34 people dead, including women and children, and over 100 wounded. 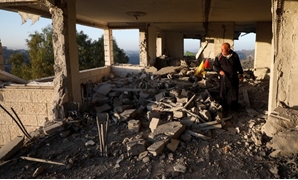