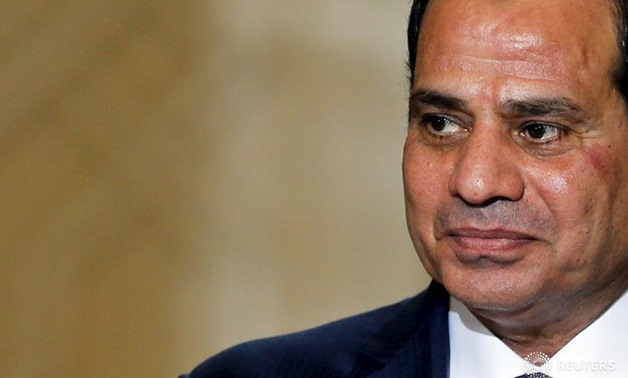 CAIRO – 7 November 2019: Egyptian President Abdel Fattah El-Sisi on Thursday said he had a “relentless will” to counter terrorism as it had badly affected the image of the religion, adding that Egyptian people were in a continuous struggle against terrorism.

The president affirmed that extremism, terrorism, and physical and moral destruction would not be able to prevent people from moving towards a better future.

"We do not pay attention to the attempts of obstruction by our enemies. We respond to them by much more work and a lot of effort, and we look forward with hope and confidence.”

“I am absolutely confident that Allah’s (God’s) close help to Egypt and its people, in the fulfillment of our hopes in building an advanced and a modern homeland in which the people enjoy a dignified and safe life.”

Sisi referred to the June 30 revolution in 2013, which ousted Muslim Brotherhood-affiliated President Mohamed Morsi, saying that he asked Egyptians to take to streets on July 24 this year to give him the authorization to fight terrorism, as these groups have the belief that they “must rule you or kill.” He added that these groups resort to spreading lies and false news, as well as using arms as part of their destruction plan.

“Our meeting at the anniversary of the Prophet’s birth is a good chance to speak about our concerns, aspirations, ambitions and challenges that face us and that we permanently seek to face and overcome.”

“Developing our understanding and thought of our religion will not change the constant [laws of religion],” adding that the religion prohibits lies circulated on social media platforms. He added that parents have to think of ways to immune their children against extremist ideology.