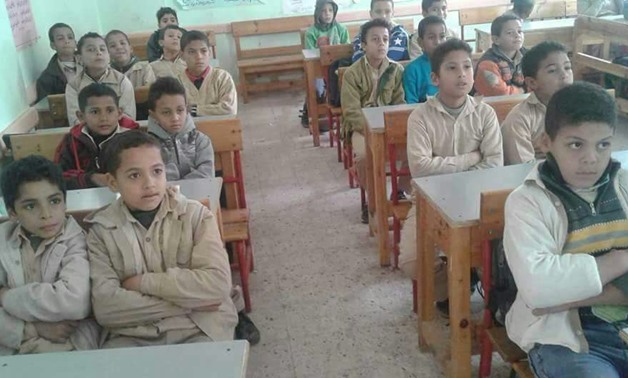 CAIRO - 29 October 2019: The government introduced 54,600 new classrooms between 2014 and 2019, as indicated in a report submitted by the Cabinet to the House of Representatives.

CAIRO - 3 December 2018: Egypt Today has sat with Minister of Education and Technical Education Tarek Shawky, his deputies and assistants to get a full picture of the New Education System being introduced in the current academic year, and that has been subject to debate. How was the new education system set?

The size of cooperation between both countries has recorded $282 million, of which, $169 million are directed to EJS. The Egypt-Japan Education Partnership was launched in 2016 with the aim of establishing - across the country - 200 EJS adopting the Japanese concept of Whole Child Development through special activities, known as "Tokkatsu."