Thuggery, crimes of terrorism to be referred to Emergency State Security Courts: PM 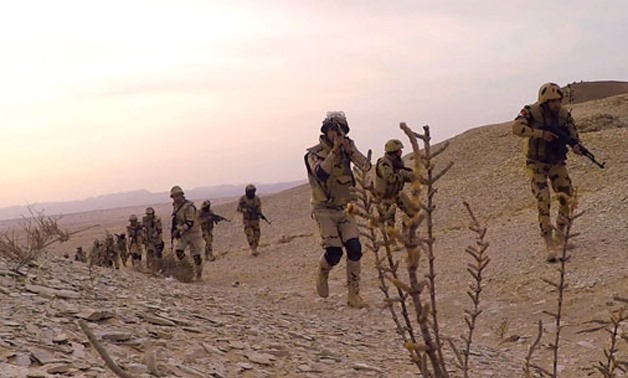 Egypt's ground troops in a full-scale operation against militants in North and Central Sinai on Friday, April 1, 2018- Photo courtesy of the Armed Forces Spokesperson's Facebook page

CAIRO - 27 October 2019: Prime Minister Mostafa Madbouly issued a decree requiring the Public Prosecution to refer certain crimes to Emergency State Security Courts from Oct. 27 to the end of the state of emergency.

The state of emergency was prescribed by Presidential Decree No. 555 of 2019 for a period of three months.

According to the decision published in the official gazette Sunday, cases related to assembly, disruption of transportation and crimes stipulated in sections I, II and II of Book II of the Penal Code shall be referred to the Emergency State Security Courts.

The decree shall apply to crimes of terrorism and prejudice provided for in Part XVI of Book III of the Penal Code, as well as to the offenses set forth in Decree-Law No. 95 of 1945 on Supply Affairs and Decree-Law No. 163 of 1950 on Forced Pricing and Determination of Profits.

Crimes stipulated in Law No. 394 of 1954 concerning arms and ammunition, crimes under Law No. 113 of 2008 on the preservation of the sanctity of places of worship, and offenses set forth in Law No. 34 of 2011 concerning the criminalization of assault are also referred to the Emergency State Security Courts.