FILE - The Court of Cassation

By: Egypt Today staff
CAIRO - 26 September 2019: The Court of Cassation on Thursday has cancelled the death sentence issued against eight defendants in the case known in media as "terrorist Imbaba cell," but upheld life imprisonment sentence against four others in the case.

Giza Criminal Court in March, last year, upheld death sentences for 10 defendants in the case, after the court’s January verdict was approved by the Grand Mufti.

The court also handed down life sentences to another four defendants, another one in absentia for a fleeing defendant, and the suspension of the court sentence for another defendant because of his death.

The defendants were charged with forming an outlawed group; attacking state institutions; targeting Christians, police and armed forces officers; and endangering public stability and order, along with the illegal possession of firearms.

According to the prosecution’s investigations, two of the defendants were public servants, another two were working as drivers, and one was an employee at the state broadcaster Maspero, along with a sports coach, an electrician and a technician.

During the investigations, the leader of the cell, Mohamed Hamdy Zaky, admitted to organizing demonstrations to topple the current regime in the wake of the June 30 Revolution, and he said that they carried out several attacks against the police and armed forces, using firearms and explosives collected for that very reason.

Other defendants reportedly admitted to partaking in the Muslim Brotherhood-led Rabaa and Nahda camps. 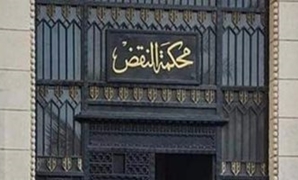