Sisi ratified an amendment to the 25-million-dinar loan agreement signed between Egypt and the Kuwait Fund For Arab Economic Development on December 8, 2018. Sisi’s decree was published in the state’s official gazette Al-Waqa'i' al-Misriyya to come into force. The first loan was ratified in May 2019.

The plant, which will treat sewage and agricultural wastewater of the longest drain (Bahr al-Baqar 1 drain), will be inaugurated after two years in the east of Suez Canal, said Minister of Water resources and Irrigation Mohamed Abdel-Atti in a round-table held with Egypt Today in July 2018.

The 106-kilometer drain of Bahr al-Baqar starts from Dakahlia governorate to Sharqia, Ismailia to the last governorate of Port Said; the longest part locates in Sharqia governorate. The drain was established in 1914 for only agricultural wastewater and was named Bahr al Baqar (means in English as the Sea of the Cow due to an accident when a herd of cows drown in it.)

General Assem Abdullah Shukr, the head of Water Administration at the Armed Forces Engineering Authority (AFEA)- tasked to establish the plant- said that the plant will produce 5 million cubic meters per day to cultivate 250,000 feddans. 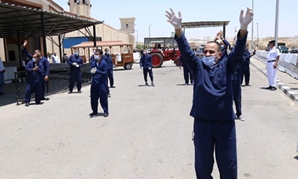