On Amazon rainforest fire: Egypt says adaptation is a must 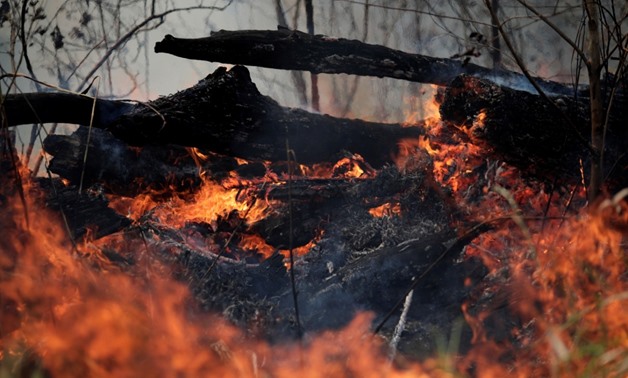 A tract of the Amazon jungle burns as it is cleared by loggers and farmers in Porto Velho, Brazil August 24, 2019. REUTERS/Ueslei Marcelino

CAIRO – 25 August 2019: Commenting on the ongoing fires that swept through Amazon rainforests for more than three weeks ago, Egyptian Minister of Environment Yasmine
Fouad said that policies of adaptation to climate change should come on the countries’ priorities such as planting more trees and preserving forests.

“We see that adaptation is as important as mitigation. Trees and forests are natural sinks for sequestering CO2. They have to be preserved using firm adaptation measures,” she told Egypt Today on Saturday. According to the latest special report of the Intergovernmental Panel on Climate Change (IPCC) on “Climate Change and Land”, Climate change is playing an increasing role in determining wildfire regimes along-side human activity, with future climate variability expected to enhance the risk and severity of wildfires in many biomes such as tropical rainforests, she said.

She called on the international community, particularly the developed countries, to fulfill their promises of funding projects and transporting their experience to the developing countries to curb the climate change risks.

“Following the IPCC scenarios to keep the average global temperature increase below 1.5° C, all efforts have to be increased on both mitigation and adaptation including providing finance, technology transfer and capacity building as means of implementation of Paris Agreement,” Fouad said.

Fouad added that Rainforests fires affect local air quality as well as global climate, saying “The Amazon rainforest constitutes 20% of the forest worldwide and has its share in combating climate change, so the current fires raised the concern of the international community.”

“The time has come as stated by the [UN] Secretary-General who called for a climate summit in September to raise the ambition of actions,” she added.

For more than three weeks, the world’s largest rainforests of Amazon have been burning. US Space agency NASA said on Twitter on Thursday that the Amazon fires this season are record-breaking, publishing an image for the first taken by Suomi NPP satellite two days ago.

However, the Brazilian government started taking action and send the military air-forces to fight the fires on Saturday.