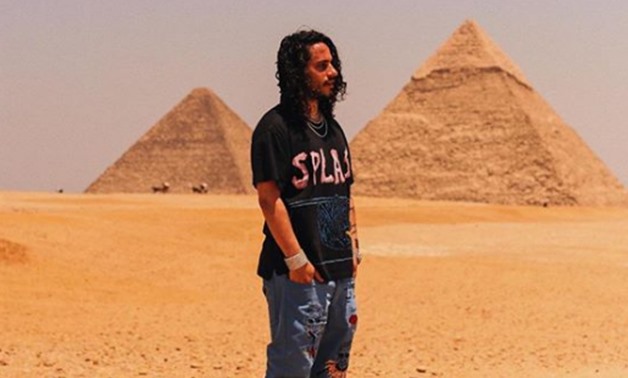 CAIRO - 21 August 2019: In cooperation with the Ministry of Tourism, the CNN has broadcast an interview with famous American rapper, Russell Vitale, from New Al-Alamein city, where MyEgypt hashtag was highlighted.

The hashtag aims to present different stories about Egypt through the experiences of tourists.

During the interview, the famous American rapper Russ spoke about his concert on August 2, referring to the reasons behind choosing Egypt for the concert. He expressed his admiration for the beauty of the sea in the north coast.


He expressed his great happiness with the presence of the Egyptian audience, as 8,000 young people reportedly attended the concert.

Russ said he felt Egypt is a country full of love and warmth, and this is what he touched in everyone he met. He said that he would like to hold more concerts in the African state.

The famous singer said that he calls, through his songs and concerts held around the world, for communication between human beings, and for spreading the concepts of love and peace. Vitale performed a huge successful concert in Egypt for the first time at New Alamein city on August 2 at 8 pm.

The stage was designed by four statues of ancient Egyptian goddesses such as Anubis.

Vitale songs are very popular in the Arab world because it promotes optimism and the vitality of hard work, diligence and fulfilling dreams.