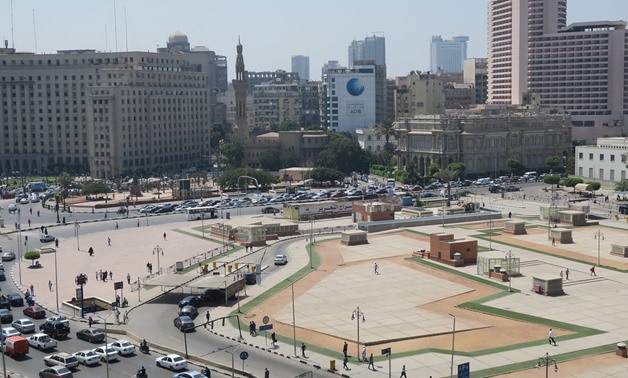 Tahrir square, formerly known as Ismailia square, was established in mid-19th century, and was officially renamed following the 1952 revolution that abolished the monarchy and turned Egypt into a republic.

The historic square is one of the most famous squares in Egypt, and even in the world, and the government is keen that it appears in the best form, in order to be one of the tourist attractions, Madbouli said during a meeting with Housing Minister Asem al-Gazzar.

The square will be decorated with a 19-meter long obelisk, which is currently under renovation, Madbouli said. The renovation plan also includes repaving streets and improving lighting, he added.

The prime minister tasked engineer Shehab Mazhar, the consultant in charge of development work, with completing the renovation plan in a timely manner in order for the construction companies to start work immediately.

There is a mandate from President Abdel Fatah al-Sisi to develop Historic Cairo, and evacuate the governorate from ministries and government administrative headquarters by next year to allow Cairo to restore its historical, cultural, touristic and archaeological role, the prime minister explained.

A number of major projects have been implemented in the capital, especially those related to developing unsafe slums, besides other projects currently carried out within the national renovation plan.

Moving the government's headquarters to the New Administrative Capital will be an opportunity to take care of Cairo's historic buildings as well as archaeological sites and tourist attractions.

President Sisi ordered earlier upgrading the tourist attractions, including museums nationwide, in a way that reflects the history and civilization of the North African country, according to a statement by presidential spokesman Bassam Radi. This came during Sisi’s meeting with Madbouli in May.