Kurdish party Spox: We are partners with Egypt in counter-terrorism efforts 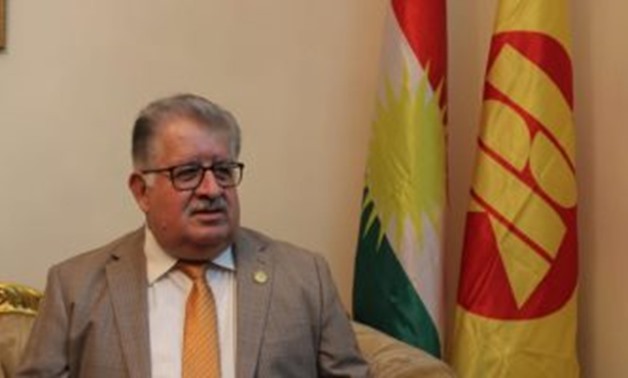 Sherko Habib, a spokesperson for the Kurdistan Democratic Party (KDP) in Cairo - FILE

CAIRO – 10 August 2019: Sherko Habib, a spokesperson for the Kurdistan Democratic Party (KDP) in Cairo, said that Kurds, who maintain strong understanding and coordination with the Iraqi government in fighting terror, are also partners with Egyptians in counter-terrorism efforts in the region.

In his press statements on Friday, Habib praised Egyptian security efforts in targeting a Brotherhood-linked cell involved in a Cairo terror attack on Sunday, saying “it proves the capability and determination of the Egyptian leadership and security apparatus in fighting terrorism.” He described the crackdown against the involved elements as “a strong revenge for the martyrs of all the terrorist crimes in the region and the whole world.” A blast took place on Sunday outside the National Cancer Institute in Cairo, claiming the lives of 22 people and injuring dozens.

“Kurdistan region received more than two million refugees despite the economic hardships it witnesses. There are more than half a million refugees in Kurdistan so far,” said Habib, as he signaled the “good” security cooperation between Baghdad and the rest of the region.

Habib further said in his statements that Kurdish people share historic and strong relations with Egyptian people and leadership, and cherish relationship with Palestinians and their president Mahmoud Abbas. Abbas is the first Arab president to visit Erbil, and meet with Masoud Barzany.

Kurdistan Democratic Party Spokesperson Habib ensured that Kurds support Palestinians’ rights and its capital El-Quds. He further stressed that the perpetrators of the assassination of a Turkish diplomat in Erbil in July will be tried per the law.

“The Kurdistan Democratic Party is able to solve disputes with Kurdish forces and Iraqis through dialogue,” he added. “The success of the Kurdish-Kurdish relations is the real supporter of the successful democratic experience in the region, with the existence of a parliament, a government representing the Kurds