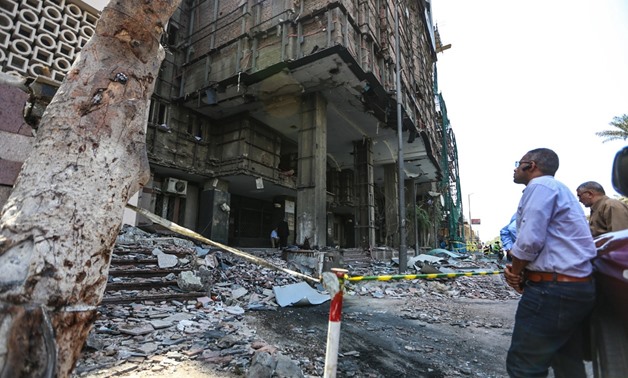 CAIRO – 5 August 2019: The prosecution ordered forming an engineering committee to assess the damage caused to the building of the Cairo University-affiliated National Cancer Institute in Kasr al-Ainy area in Giza, following an explosion on late Sunday.

Preliminary reports showed that the facade of the building was damaged and around 10 cars were destroyed. A prosecution team checked the surveillance cameras and listened to the civilians injured in the blast.

The Attorney General ordered a team of prosecutors to head to the crash site and to carry out required examination to stand on the causes of the accident.

A total of 42 ambulance vehicles were deployed to the crash site immediately to transfer injuries to receive needed treatment, according to Health Ministry Spokesperson Khaled Megahed.