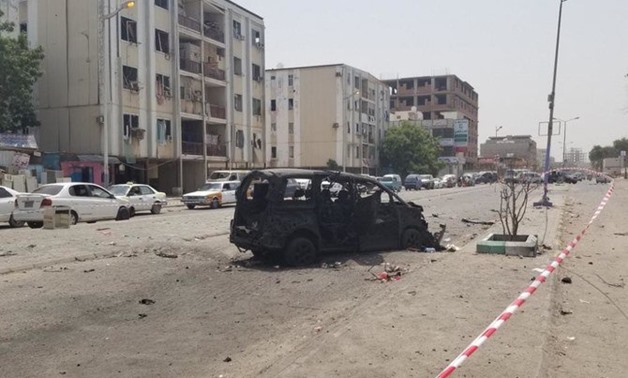 The explosion happened in Omar Al-Mokhtar neighborhood in Aden, during a morning police roll-call. (File/AFP)

CAIRO – 2 August 2019: A group of ISIS terrorists have launched a deadly attack on a police station in the souther city of Aden.

An ISIS affiliated group issued a statement on Friday claiming responsibility for the attack that killed 11 people.

The attack involved suicide bombers using a car, a bus and motorcycles laden with explosives that targeted a police station in the city's Omar al-Mokhtar neighborhood during a morning police roll-call.

It was one of two major attacks in Aden on Thursday that killed a total of 51 people. The other attack involved a ballistic missile fired by Yemen's Houthi militants at a military parade and killed at least 40 troops.