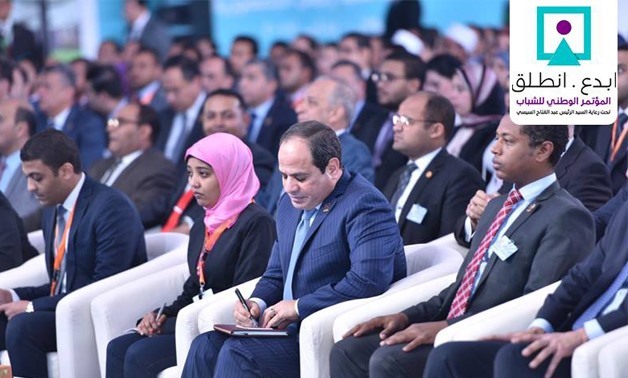 CAIRO – 29 July 2019: MP Alaa Abed, head of Parliament's human rights committee highlighted the 7th edition of the National Youth Conference, which is set to be held on Tuesday and Wednesday (July 30-31) in Egypt's New Administrative Capital.

Over 1500 Egyptian youth are set to take part in the conference.

Being held in the Administrative Capital gives the opportunity for the Egyptian youth and people and the whole world to experience Egypt's modern future capital, Abed, also deputy chairman of pro-government Nation's Future Party said.

All issues that concern the Egyptian society will be discussed over two days will be discussed in the presence and participation of the Egyptian youth from nationwide, a number of public figures, media people, businessmen, ambassadors from countries of the African Union and representatives of major institutions and international organizations, Abed said.

The participants will be given the chance to express their vision for the future during the conference, Abed affirmed.

"The big and real keenness of President Sisi to listen and hold direct dialogue with the Egyptian youth will have a positive and great impact [in favor of] overcoming all the problems and challenges facing the Egyptian state," Abed said in a statement.

The presence of President Sisi personally in a platform for dialogue with the Egyptian youth has compelled all the executive state institutions to fully commit to implementing all recommendations and decisions emanating from the ideas of Egypt's youth.

By their ideas and suggestions on all issues of interest to the Egyptian state, the youth have become partners in making the future of the Egyptian state, Abed said, stressing the importance of registration and participation in the event, especially in the "Ask the President" session, which allows the youth to ask questions to the president directly without red lines, in order for them to express their views freely.

MP Mona Mounir said that the upcoming Youth Conference is a great opportunity to discuss national issues, especially those that concern the youth and their future, in the presence of state officials and the president.

Choosing the Administrative Capital to host the conference is a clear message indicating the country's ability to complete this giant project in a short period of time, and is an opportunity to attract investments in the city, Mounir said.

MP Hussein Abu Gad highlighted the importance of "Ask the President" session that will take place as part of the Youth Conference, saying that it will prove the pivotal role played by the youth in building and development, and giving positive suggestions around various issues.

Listening to the youth without red lines confirms the president's keenness to allow Egyptian youth to practice democracy and freedom.