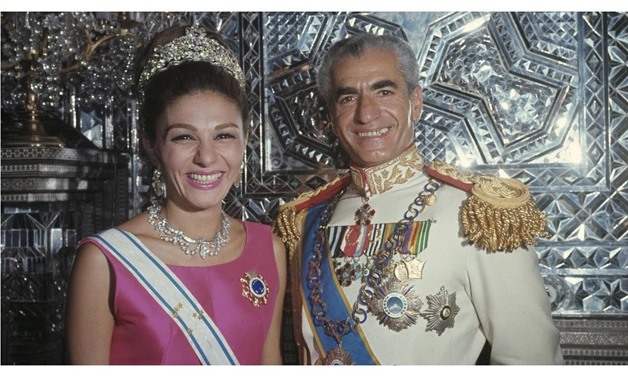 CAIRO - 27 July 2019: Former queen and empress of Iran, Farah Diba Pahlavi arrived Wednesday night in Cairo, coming from Paris in a short visit to Egypt to commemorate the 39th anniversary of the death of her husband, the Shah of Iran Mohammad Reza Pahlavi.

The widow of Shah Iran will start her tour in Cairo on Saturday by placing flower on the tomb of late President Anwar Sadat in Nasr City, accompanied by her friend, Mrs. Jehan Sadat, and then will visit the tomb of her husband Shah Mohammad Reza Pahlavi in the Rifai Mosque, in Old Cairo.

On January 16, 1979, the Shah of Iran Mohammad Reza Pahlavi left Tehran after being overthrown by the Iranian Islamic revolution. The airplanes carrying Shah Pahlavi and his family, including his wife, Empress Farah Diba took off from Tehran airport and headed to Aswan International Airport in southern Egypt, where they were received by the late President Mohammed Anwar Sadat, and his wife Mrs. Jehan Sadat.

Therefore, on the 37th anniversary of the death of her husband the Shah, who passed away on July 27, 1980 and was buried in Al-Rifai Mosque in Al-Qalaa district, south of Cairo, the former Empress visits her husband's grave every year and commemorates his death.