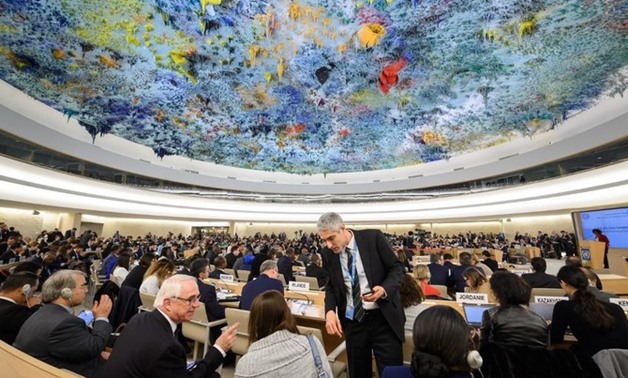 UN human rights spokeswoman said the sentenced were not given an appropriate chance to present a defense. (File/AFP)

CAIRO – 12 July 2019: The UN human rights office said on Friday that 30 men were sentenced to death by Houthi authorities in Yemen this week amid credible allegations that many were tortured during three years of politically-motivated detention.

It urged the Appellate Court in the Houthi-held capital of Sanaa, which is due to review the ruling, to take into account the serious allegations and violations of their right to a fair trial.

Most of the 30 men are academics, students and politicians “affiliated with the Islah party that has been critical of the Houthis”, she told a news briefing. She was referring to an Islamist party that is part of the Saudi-backed government of President Abd-Rabbu Mansour Hadi.

“At no point were they given a proper chance to present a defense,” Shamdasani said.

Houthi officials did not respond immediately to a Reuters request for comment.

The men were arrested in 2016 and charged in April 2017 with allegedly participating in an organized armed group intending to carry out attacks on or assassinations of security personnel and popular committees affiliated with the Houthis, and providing intelligence to other parties, Shamdasani said.

“There is a high likelihood that many of these charges are politically-motivated. There are very credible allegations of torture and mistreatment, our teams have been able to speak to families,” Shamdasani said.

“Any politically-motivated charges should be dismissed and international fair trial standards fully complied with,” she said.

Amnesty International, in a statement this week, denounced what it called a “sham trial” where the 30 men faced “trump-up charges including espionage for the Saudi Arabia-led coalition.”

Detainees include Youssef Al-Bawab, a linguistics professor and political figure who was held in incommunicado detention amid allegations of torture and lack of access to legal counsel and medical care, the London-based group said.