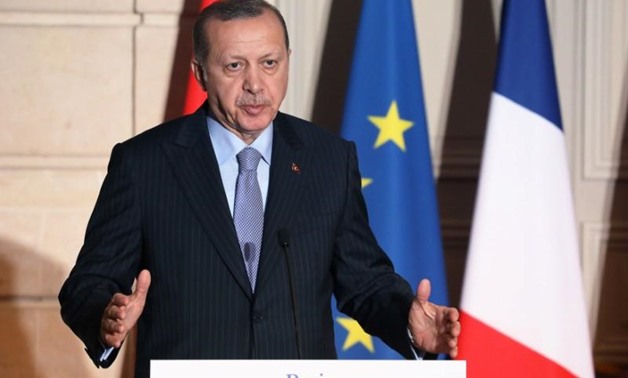 While more diversified than Venezuela’s oil-dependent economy, Turkey is currently on a very similar path of policy missteps that are likely to lead to ruin, the $85 billion emerging-market asset manager said.

Capital controls, nationalization and other policies designed to prevent the private sector from protecting its property as the macroeconomic environment deteriorates are the next “logical policy steps” that will follow in Turkey, Jan Dehn, the London-based head of research at Ashmore, said by email.

“The problem is that U-turning back to good policies has very big upfront political costs,” said Dehn, who caught the bottom of the market on the Russian ruble in December 2014 and turned bullish on emerging markets in October 2015, months before a two-year rally began. “The longer he delays the bigger the cost, which is why politicians who go down the heterodox route rarely change tack and they almost always end in crisis.”

Turkish officials have repeatedly denied any plans to impose capital controls and said they would adhere to free-market principles.

Dehn expounded the causes of the decline saying that "bad economic policies begin to extract a political cost instead of fixing the causes of the underlying economic problem, the government decides to attack the symptoms of the problem, such as inflation, slower growth, weaker currency and slowing investment. The real problems meanwhile are ignored and get worse. They include bad monetary policies, increasing interventionism, failure to develop local financing markets, overly low savings rates and bad foreign policies."

The government also blames other groups instead of itself, because this works politically, but it only makes investors and businesses even more worried as Erdogan will need more and more scapegoats as the economy worsens.

As the economic outlook worsens, investors and businesses begin to take action to defend their wealth and livelihoods. This results in capital flight, declining investment and other hedging strategies.

Eventually, the government has no financing, no growth, no future and plunges into a crisis. Min.: Bill on brackets of income tax to lower burden on citizens